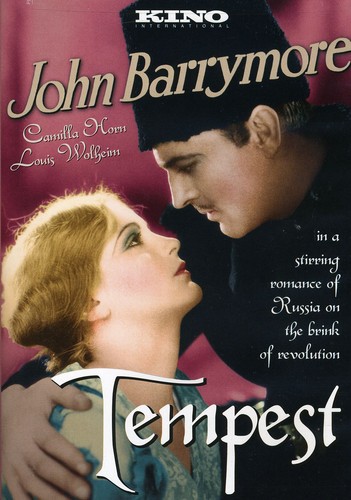 The Tempest
Artist: Tempest 1928
Format: DVD
New: Not on Hand, Let us get it for you
Wish

The Tempest, the last of William Shakespeare's great plays, was adapted for the screen for the first time by Derek Jarman in 1979. Among the most visionary of modern film artists, Jarman, who died of AIDS in 1994, at age 52, was one of the first directors - outside of the porno circuit - to present openly gay material in feature-length films. Shot on location at the ancient and ghostly Stoneleigh Abbey, the Tempest tells the story of Prospero, the magician, who lives with his nubile daughter on an enchanted island and punishes his enemies when they are shipwrecked there. It's a study of sexual and political power in the guise of a fairy tale. Jarman presents Shakespeare's intricate comedy of magic and revenge in a form that is at once faithful to the spirit of the play and an original and dazzling spectacle mixing Hollywood pastiche, high camp and gothic horror. His film recalls the innocent homeroticism of Pasolini't versions of classics, while it's lush sense of d+-cor and color is worthy of Minnelli. The film's master stroke is the finale, a wedding feast designed and choreographed as a full-scale production number, with the veteran black musical star Elisabeth Welch (Song of Freedom, Big Fella) wafting her way through a chorus line of hunky sailors as she belts out "Stormy Weather." It's one of the great scenes in British cinema.