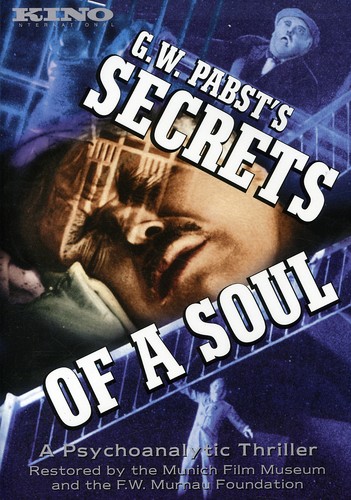 Secrets of a Soul
Artist: Secrets Of A Soul 1926
Format: DVD
New: Not on Hand, Let us get it for you
Wish

In the 1920s, film studios around the world sought to capitalize on the publics curiosity about the newborn science of psychoanalysis. In 1925, Hans Neumann (of Ufa's Kulturfilm office) contacted members of Sigmund Freud's inner circle with a plan to make a dramatic film that explores the mystifying process of the interpretation of dreams. With the help of noted psychologists Karl Abraham and Hanns Sachs, and under the direction of G. W Pabst (Pandora's Box), Secret of a Soul was completed. Werner Krauss, who had played the deranged Dr. Caligari six years earlier, stars as a scientist who is tormented by an irrational fear of knives and the irresistible compulsion to murder his wife. Driven to the brink of madness by fantastic nightmares (designed by Erno Metzner and photographed by Guido Seeber in a brilliant mix of expressionism and surrealism), he encounters a psychoanalyst who offers to treat the perplexing malady.