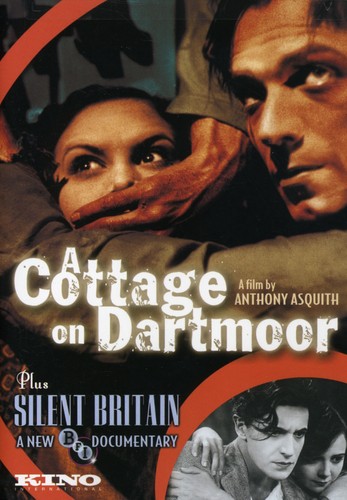 A Cottage on Dartmoor
Format: DVD
New: Not on Hand, Let us get it for you
Wish

Long treated with indifference by critics and historians - though it was popular with audiences - British silent cinema has only recently undergone the reevaluation it has long deserved. As this double-feature disc illustrates, the British silent era is proving to be far richer and more rewarding than previously acknowledged, and some of it's greatest achievements are again being recognized after decades of neglect. A Cottage on Dartmoor is perhaps the most significant rediscovery. A tense, shocking thriller that stylistically evokes the early films of Alfred Hitchcock and the masterworks Russian and German silent cinema, it is also an innovative work in it's own right. From the dramatic opening night scenes on the English moorlands, director Anthony Asquith (Pygmalion, the Winslow Boy) establishes an eerie, unpredictable atmosphere. Filled with astounding camerawork and lighting, and some of the fastest editing of the late silent period, Dartmoor shows silent-era techniques at their apex - just as sound was about to radically change the industry and the movies. A perfect companion to Dartmoor is Silent Britain, a feature-length documentary that celebrates this newly rescued golden age of British filmmaking. Hosted by Matthew Sweet, it spans from such early pioneers as George Albert Smith and Cecil Hepworth to such later figures as Asquith, Maurice Elvey and, of course, Hitchcock. Featuring clips from a remarkable range of films (some of the earliest films featured are available in their entirety on Kino's DVD set the Movie Begin Silent Britain is the perfect means to reacquaint oneself with early British film history or discover it for the first time.