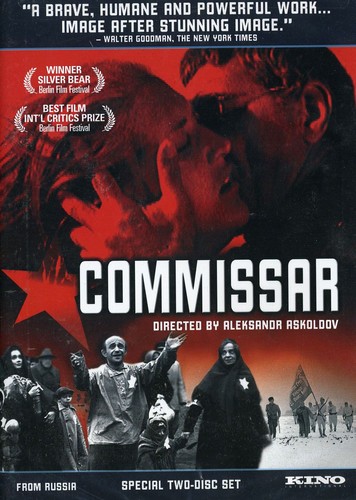 An extraordinary drama set against the Russian Civil War, Commissar is a "brave, humane, and powerful work" (The New York Times) that tells the story of Klavdia Vavilova, a fierce Red Army woman warrior who accidentally puts herself ahead of the needs of the Revolution - by becoming pregnant. Vavilova's superiors commandeer a room for her with Yefim, a Ukrainian Jewish tinsmith, his wife and six children. Yefim is outraged that yet another burden has been placed upon his family by the fledgling Soviet government. But Bolshevik doctrinaire and persecuted Russian Jew soon discover they have more in common than they knew. When her baby arrives and her old unit returns, Vavilova faces the hardest choice of her life: Either cast aside motherhood for revolutionary martyrdom, or remain with her new-born son and run the same risk of White Army pogroms and Red Army exploitation that Yefim's family have courageously endured.