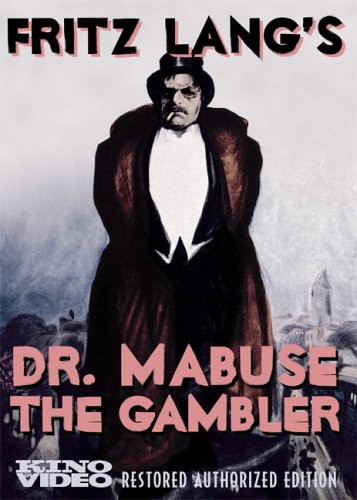 A truly legendary silent film, Dr. Mabuse, the Gambler had a major impact on the development of the crime thriller, building upon the work of the pioneering French film serialist Louis Feuillade (Les Vampires) and firmly establishing it as a significant film genre. This epic two-part tale was originally released as two separate films, respectively subtitled the Great Gambler and Inferno, and that format is reproduced here. The plot revolves around the pursuit of arch fiend Dr. Mabuse, a gambler, hypnotist, master of disguises and all-around criminal mastermind. Mabuse was the prototype for the sort of evil genius super-villains that would later become common in movies, whether it be in the James Bond pictures or in comic book adaptations like Superman and Batman. The film is dominated by the presence of Rudolf Klein-Rogge as Mabuse. A top German actor of the silent era, he is best known today for his performance as the mad scientist Rotwang in Lang's Metropolis.
This website uses cookies to personalize content and analyse traffic in order to offer you a better experience.
I accept Learn More
back to top