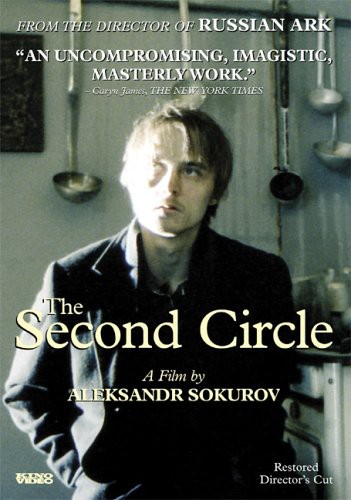 In the 1990 film the Second Circle, Russian director Aleksandr Sokurov (Russian Ark, Mother And Son) solidified his reputation as "a master of controlling mood" (NY Newsday). Expertly pitched between absurdity and elegy, allegory and social critique, the Second Circle is an "uncompromising, imagistic, masterly work," (New York Times). in a remote Siberian village, an anonymous young man emerges from a blizzard to claim his late father's body. Navigating the detritus of an old man's final friendless decade and the dehumanizing maze of red tape that are his father's sole legacy, the boy inadvertently picks through the debris of unraveled family ties and confronts the yawning gap between alienated Soviet generations. Scorned and ignored, his labor of mourning becomes as transformative as the labor of birth. "I'll burn everything, but not my father," the young man warns a funeral director. As he finds himself in his father's lifeless eyes, the reluctant young pilgrim discovers that they have more in common in death than they did in life. "A starkly beautiful, awesomely impressive and ferociously demanding exercise in pure visual cinema," (LA Times), the Second Circle's austere color palette offers a visual feast of timeless iconography and nightmarishly precise detail. "Like his mentor Andrei Tarkovsky," said in the New York Times, "Mr. Sokurov has an unshakable vision of what film art should be." Whether bleached by the winter sun, bathed in moonlight or caressed by shadows, the faces and frames of the Second Circle haunt a unique cinematic borderline where audacious expressionism meets documentary reality. This Kino on Video edition has been newly restored, and the director himself has made additional cuts for pacing - totaling about 5 minutes - to make this the definitive, never-before-seen version of the Second Circle.
back to top