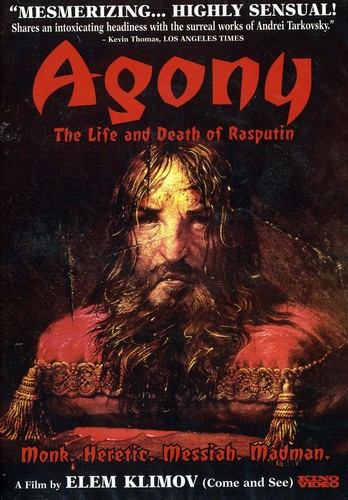 Anything but a standard bio-pic, Agony is an unrestrained assault on the ruling class in Russia, whose religious hedonism and political ignorance nearly destroyed the country. Influenced in part by such latter 20th Century phenomena as Charles Manson and the Exorcist, Klimov restaged world history with jolting doses of sexual avarice, drunkenness, violence and insanity in startling contract to staid historical accounts of Rasputin's life and most peculiar death.