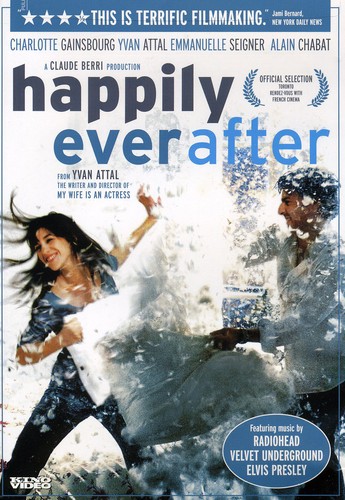 Though to all appearances happily married parents, Vincent and Gabrielle (Attal and Gainsbourg) both harbor secret doubts about their monogamy. Despairing of the cynicism of his hen-pecked married co-worker George (Alain Chabat), and envious of the joie de vivre of his swinging sing friend Fred (Alain Cohen), Vincent weighs the risks involved in both keeping himself satisfied and his marriage intact. Sensitive but independent Gabrielle, in turn, feels helpless over her partner's increasing evasiveness and is drawn to her own burgeoning fantasy life. But when she makes a surprising and powerful connection with a handsome stranger in a record store ("Yes... that's Johnny Depp!" - Paul Sherman, Boston Herald), Gabrielle stops speculating about Vincent's loyalty and begins to consider an affair of her own.
This website uses cookies to personalize content and analyse traffic in order to offer you a better experience.
I accept Learn More
back to top