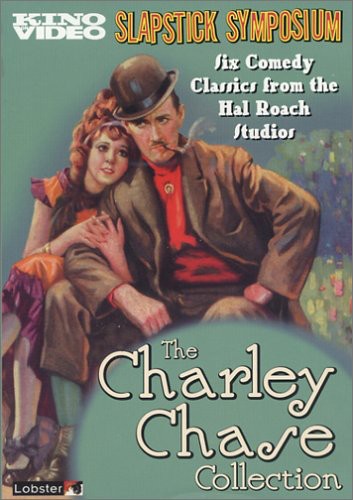 Welcome to the funny and frenetic world of Charley Chase, the top box office comedian in short subjects in the mid-to-late 1920s. It's a place of mad-cap adventures and wild misunderstandings. In a series of one and two reelers at the Hal Roach Studios, he elevated the style of situation comedy to an art form. In 1923, after a decade of working in front of and behind the cameras, he was persuaded to short work on a new series of one reel comedies. From the first release, Charley Chase was a hit with the public. "America's New Joy Boy" filled theaters with laughter from coast to coast. Chase discovered that by starting with a simple predicament that any average person could get into, the public could identify with him. Then, gradually, by building a once plausible situation into a fiasco, he could take them to a riotous conclusion that is unbelievable, yet, somehow conceivable. Charley Chase was the master of the comedy of embarrassment. His collaboration with director Leo McCorey (The Awful Truth) proved to be fruitful. Their 45 films together showcase two comic geniuses in perfect tandem with each other After decades of languishing in film vaults, several of their best appear in this collection. Charley Chase was the proverbial comic with good looks, who almost always got the girl (he usually had her at the beginning). He was what the '20s were all about. Carefree, frivolous, wild and woolly, he was the "Good Time Charley" that we all wished we could be.