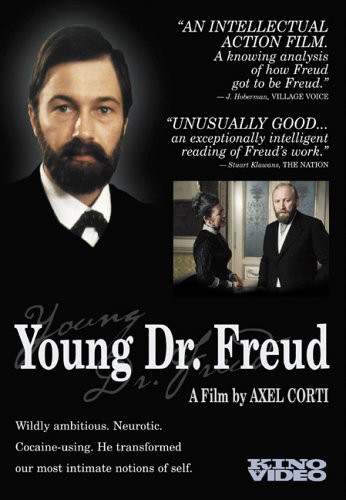 Young Dr Freud
Artist: Karl Merkatz
Format: DVD
New: Not on Hand, Let us get it for you
Wish

Wildly ambitious. Neurotic. Cocaine-using. He transformed our most intimate notions of self. Made in 1976, YOUNG DR. FREUD examines the life of the father of psychoanalysis through the lens of his own ground-breaking theories. Questioning the character of Sigmund Freud at integral points in his development, director Axel Corti and screenwriter Georg Stefan Troller invert the psychoanalytic model and place the analyst in the position of analyzed. From Freud's early childhood, where his family encounters aggressive anti-Semitism, to his student years in Vienna, where he studies the reproductive faculties of eels, the film probes deeply into the ways in which Freud's own experiences and unconscious processes may have inspired his influential and persistently controversial ideas. An atmosphere of intimate conversation, created by Corti's use of closed, richly textured spaces and precise narrative interruptions, allows for a portrait of Dr. Freud that is both provocative and refreshingly human. Beyond the intimate spaces of the psychoanalytic model and Freud's own developing psyche, the film explores Freud's relationships with famous colleagues, such as Breuer and Charcot, the opposition between the Parisian and Viennese schools of psychiatry, and the growth of Freud's first book, Studies in Hysteria, out of conflicting conceptions of the nature of hypnosis and hysteria. This expanded scope places Freud's life, ideas, and personality into an interesting historical context and suggests that one of his most famous patients, Anna O., defined the Alpha and Omega, the beginning and end, of his psychological inquiries. Due to the condition of the surviving film elements, there is some fluctuation in the picture quality of this release.