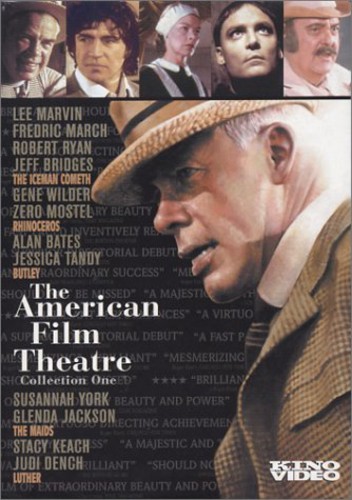 The brainchild of producer Ely Landau, the American Film Theatre was a bold and revolutionary enterprise dedicated in the belief that a great segment of the movie audience do not want "to escape into sex and violence but want to think and feel." the great talents of Broadway and Hollywood were enticed to join him and the result was fourteen magnificently crafted film productions based on the best plays of the 20th century. They represent a treasure trove of provocative stories, brilliant cinematography and towering performances from the most important film directors and biggest stars of the period. Long unavailable, all fourteen American Film Theatre productions have now been rediscovered, restored and are ready for a new generation of theatre and film lovers.