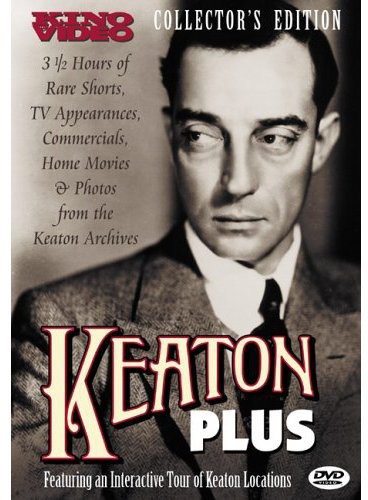 Keaton Plus / (Full Ws Coll B&W Col)
Artist: Keaton Plus
Format: DVD
New: Not on Hand, Let us get it for you
Wish

In this exclusive collection of cinematic treasures, Kino on Video pays homage to the lesser-known works of the screen's most inventive comedian. Highlights include home movie footage of Keaton in Paris and on the set of the General, scenes from the never-completed Cinemascope musical Ten Girls Ago, excerpts from the rare TV series, Life with Buster Keaton, his first dramatic role (Gogol's the Awakening two 1930s shorts (Allez-oop! And Jail Bait), commercials, excerpts from his appearance on TV's This Is Your Life and the newly-restored 1921 Hard Luck. Film historian John Bengston (the author of Silent Echoes has prepared an interactive tour of locations where Keaton's films were shot. An extensive photo gallery reveals family snapshots, images from Keaton's vaudeville years, fascinating behind-the-scenes stills and more.