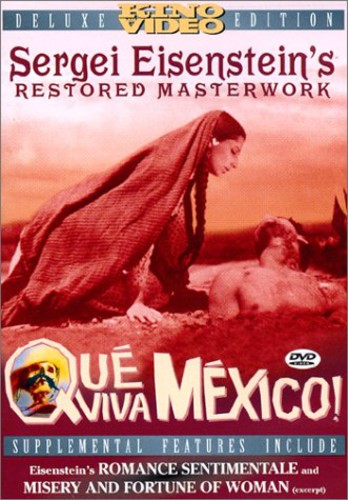 Hollywood's loss was Mexico's gain, as this glorious documentary will attest. Having failed to realize several projects in Hollywood, Russian film pioneer Sergei Eisenstein trekked to Mexico with producer Grigory Alexandrov and cameraman Eduard Tisse, and the famous writer Upton Sinclair as beneficiary. Their budget quickly ran out, and the film was never properly completed, but Alexandrov carefully assembled this version of Que Viva Mexico! In 1979, and the result is one of the most beautiful documentaries ever made. Although it was later criticized for presenting a fantasized view of Mexican culture, this remains a stunning example of Eisenstein's ability to meld people, politics, and ritual into a richly cinematic experience. Celebratory, socially alert, and at times even surreal, the film displays all of Eisenstein's revolutionary techniques while proving that his narrative style could have flourished in Hollywood. Instead, this marvelous film stands as a testament to what might have been.