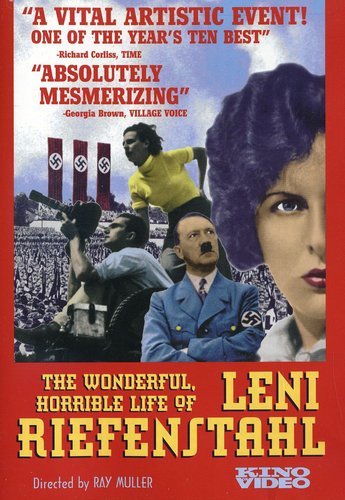 In this remarkable documentary, Leni Riefenstahl, that woman best know as Hitler's moviemaker, addresses her past for the first time on camera. Creator of the single most effected propaganda film ever made, Riefenstahl has spent much of her life trying to live down her association with the Nazi Party, which she never actually joined. Feisty and charismatic at 91, Riefenstahl revisits the landmarks of her turbulent life. A riveting story that leaves the viewer in total awe of it's controversial subject. (1993) Running time: 188 minutes.