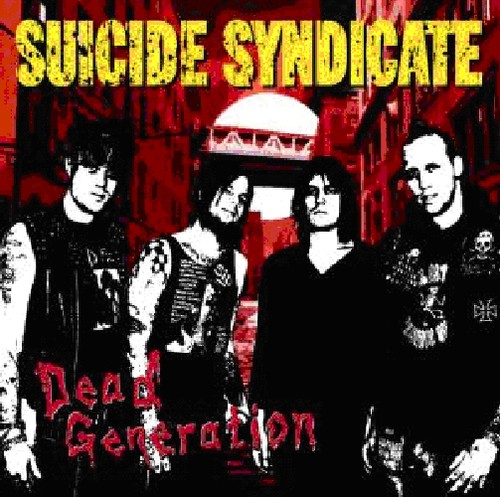 Dead Generation
Artist: Suicide Syndicate
Format: Vinyl
New: Not on Hand, Let us get it for you
Wish

Crude and fury-whipped punkrock with a catchy touch and spiteful twist" Singer Bengtsson has since the early days of Mobile Mob Freakshow been one of Scandinavia's most consistent and uncompromising punks, which becomes relentlessly loud and clear while listening to Suicide Syndicate. Suicide Syndicate were formed in 2007 by singer/guitarist Bengtsson, the underground hero who once started the cult horror punk-band "The Mobile Mob Freakshow". Somewhere along the styx he found Ekan, a punkrocker from "The Kalashnikov Orchestra", whom he picked up from the gutter and strapped a bass to. Guitarist Robin from rock'n'rollers "Villa Nova Junction" was found in an insane asylum, where he still resides in-between tours, while no one really knows how the fuck Peder ended up behind the drums. But then again, he's just the drummer, a bloody mind-blowing one with a one-of-a-kind groove, but still - just a drummer. Suicide Syndicate are here to prove that there is a light at the end of the tunnel after all - the headlights of their runaway train "Dead Generation" that's just about to hit you on it's way straight to hell! As these misanthropic melodies hit you right in the face you'll probably pick up the stench of '77 New York and London, oozing from the four wagons where bands such as Dead Boys and Slaughter & the Dogs are having a fuckin' ball.
back to top