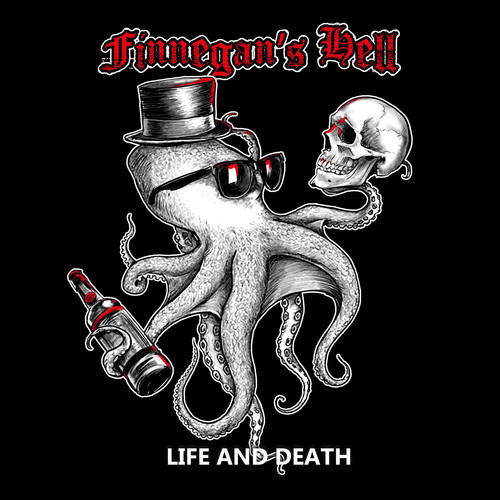 2018 release. Finnegan's Hell kick-started their career in 2011 by releasing an EP featuring the song "The Molly Maguires", which became a YouTube hit. The EP received rave reviews and sold out in no time. More important though, it also meant the possibility for the band to play all over Europe. In 2014 Finnegan's Hell released a full-length album through Heptown Records, Europe's leading Celtic punk label. The album Drunk, Sick And Blue, was well-received by the music press and earned the band gigs at some of Europe's biggest festivals and a publishing deal with Sound Pollution Songs. The songs on Life and Death are musically diverse, but they share the lyrical themes of life and death, taking the listener on a rollercoaster ride from the cradle to the grave. When recording Life and Death measures were taken to preserve the raw energy from a live performance, and the result is a record which takes no prisoners.
back to top