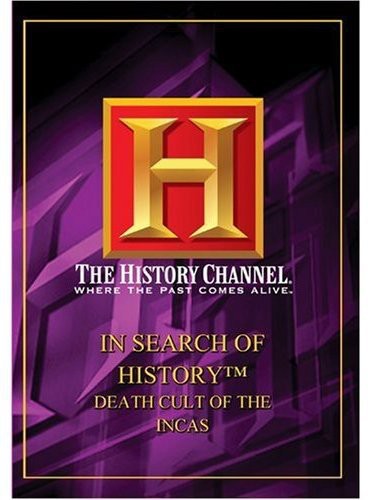 Death Cult Of The Incas
Artist: In Search Of History
Format: DVD
New: Not on Hand, Let us get it for you
Wish

500 years ago, when Spanish conquistadors descended on the New World in search of gold and treasure, they were dazzled by the splendors of the Incan empire. But they were also amazed by the presence of mummies among the living accorded places of honor at banquets, sought out as sources of guidance and advice, even maintained in vast estates! THE DEATH CULT OF THE INCAS journeys high into the Andes to investigate the mysterious role the dead played in Incan culture. Leading experts such as Jorge Flores-Ochoa, from Peru's Cuzco University, detail the astonishing beliefs that governed the Incas' relationship with their dead, and reveal how the mummies were preserved. Period accounts from the Spanish invaders tell of opulently dressed mummies being offered the finest food and drink at ceremonies, while ancient art and artifacts help shed light on the pervasive death cult. It is often said that one can tell how civilized a society is by how they treat their dead the dead of the Incas were treated very well indeed!