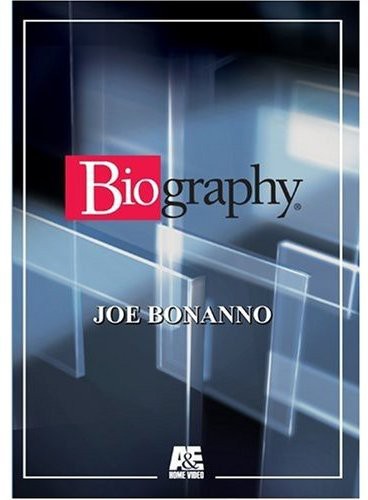 Biography - Bonanno Joe-Last Godfather
Artist: Joe Bonanno
Format: DVD
New: Not on Hand, Let us get it for you
Wish

Joe Bonanno's life spans almost a century of Mafia history. Born into a prominent Mafia family in Sicily, and a founding member of the original Mafia commission in 1931-Joe witnessed the rise and fall of a secret, violent world and lived to tell the tale. For thirty years he quietly built a Mafia family dynasty-his name never even mentioned in the papers. When Bonanno presided over the wedding of his son Bill to Rosalie Profaci-the niece of one of the other New York City godfathers-Joe was arguably the most powerful Mafia chieftain in the world. Then, in the early sixties, his world went spiraling out of control. Joe moved his son Bill into a leadership position in the Family, and the commission he had founded turned against him. Bill Bonanno could not be the man his father had been because times had changed. With former family members trying to kill him on one side-and law enforcement hounding him on the other-Bill had inherited a sinking ship. In less than a decade, kidnapping, betrayal and murder ultimately forced the Bonanno godfather and his son into exile. Remarkably, Joe Bonanno outlived all of his enemies. In 1983, he became the first and only godfather to publish his memoirs.