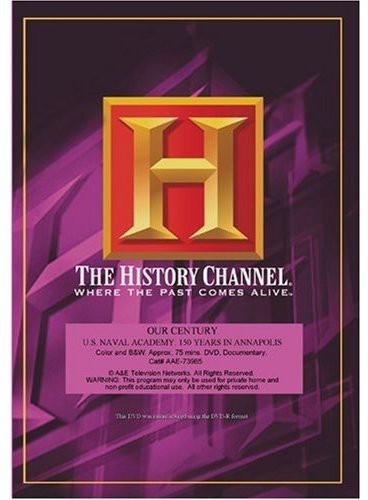 Naval Academy: 150 Years In Annapolis
Artist: Our Century
Format: DVD
New: Not on Hand, Let us get it for you
Wish

Chester Nimitz. Frederick \Bull\ Halsey. Raymond Spruance. David Dixon Porter. George Dewey. They are the warriors of a thousand naval battles, fought on hostile seas and savage shores. And these heroes were forged in the halls and fields of one famed American institution: an elite academy known as Annapolis. In honor of the Naval Academy's 150th anniversary, this comprehensive program presents it's thrilling story from the difficult days when graduates fought on opposite sides of the Civil War to the World Wars and regional conflicts of the 20th century. Starting with the legendary John Paul Jones, U.S. NAVAL ACADEMY: 150 YEARS IN ANNAPOLIS features profiles of the Academy's most renowned heroes and rare footage of their greatest battles. U.S. NAVAL ACADEMY: 150 YEARS IN ANNAPOLIS is the complete chronicle of the glorious \Long Blue Line\ the history of the finest fighting navy in the world.