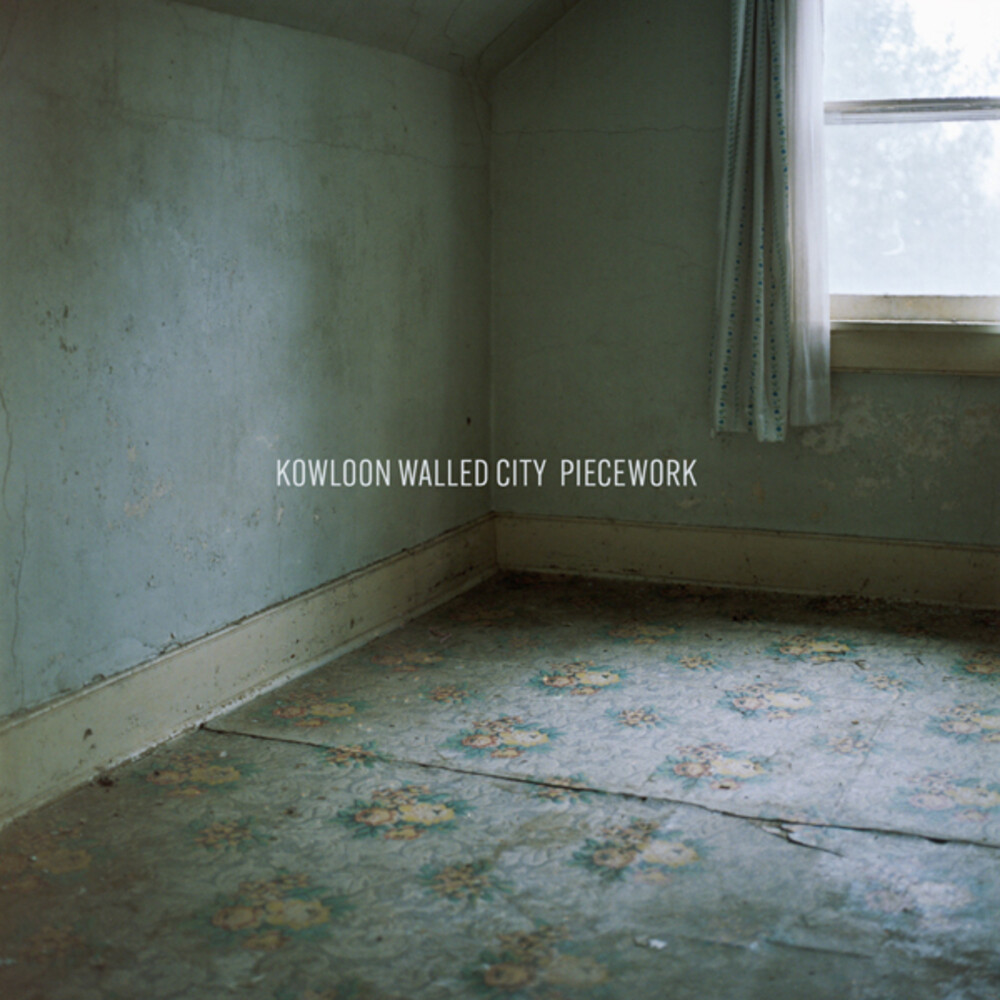 Piecework
Artist: Kowloon Walled City
Format: CD
New: Not on Hand, Let us get it for you
Wish

In the world of heavy music, few bands embrace dynamics and negative space like Kowloon Walled City. Since forming fifteen years ago, the band has increasingly refined it's deconstructed approach to noise rock, math rock, and doom, landing them on stages with similar boundary-pushing bands like Neurosis, Yob, Sleep, Sumac, and Thou.Now, with Piecework, the band's fourth album and first in six years, Kowloon Walled City reaches new levels of restraint. Songs are bleak and slow, but also shorter and more concise-seven songs clock in at about thrity minutes. There are stretches of near silence. While the band has always operated under the MO that less is more, it has doubled down on that ethos hereSinger/guitarist Scott Evans and guitarist Jon Howell, the main songwriters, self-imposed restrictions to push themselves creatively-"restraining ourselves into oblivion," as Howell put it. Songs are written in more straightforward time signatures. Evans and Howell also changed their guitar rigs to sound more "clean and clanky." With the gristle stripped away, bone and muscle remain: drums decaying in a room, bass strings rattling, a lonely guitar chord. Sometimes, it's almost uncomfortably barren. But the negative space also amplifies the ruptures of heady aggressiveness that anchor Piecework. Angular guitar notes from Howell skew off the neck, dissolving into space. Ian Miller's bass lines churn in the muck. Drums and cymbal smashing by Dan Sneddon punctuate dead air. (Sneddon, formerly of Early Graves, makes his recording debut with the band five years after joining.).As with all previous KWC releases, Evans recorded and mixed the album (his recording credits include Yautja, Thrice, Great Falls, Ghoul, Town Portal, and many others.) And like previous albums Container Ships (2012) and Grievances (2015), the tracks were recorded live at Oakland's Sharkbite Studios, with minor overdubs. "There's not a lot of artifice," Evans said. "You don't have to 'produce in' excitement or special. Let what's there be exciting and special." On that front, the band has clearly succeeded. Piecework feels not only like an artistic accomplishment but a triumph of perseverance and vision.
back to top