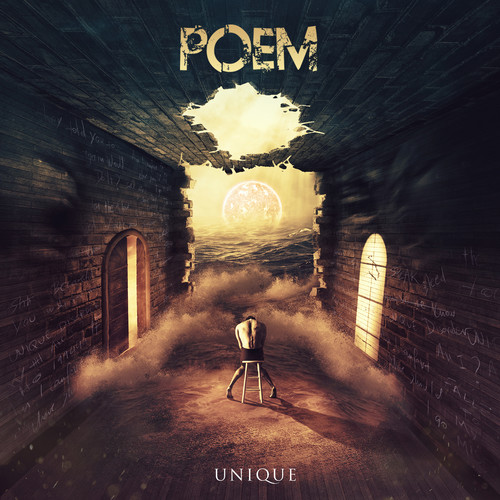 2018 release. Poem is a four-piece progressive rock/metal group based in Athens. Formed in 2006 by George Prokopiou, Kamil Kamieniecky and George Anagnostou, the lineup went through some changes over the years and now consists of George Prokopiou (vocals/guitar), Laurence BergstrĂ¶m (lead guitar), Takis Foitos (bass) and Stavros Rigos (drums). With a wide range of influences and love for experimentation, Poem embarked on a sound adventure defining their personal style from the very first songs. The four members have various musical backgrounds which they bring into the studio and rehearsals, creating music that none of them could compose alone. They like to experiment with different sounds and rhythms, so jamming freely is a liberating process for each member separately and also a very unifying process for the band. In December 2008 Poem recorded their debut album The Great Secret Show, which the Metal Hammer of Greece characterized as, "The best Greek debut album since '00s and one of the 10 best albums of the Greek metal scene ever released". As a result, they caught the eye of several record companies and ended up signing with the Greek label Dromos music for a June 2009 release. Their style of music can be classified as both progressive and alternative rock with alternative metal undertones. Poem's potential is best reflected in their live performances. Chosen to open the concerts for some huge artists and bands of the metal scene, such as Ozzy Osbourne, Opeth, Pain of Salvation, Paradise Lost, Burst, Mekong Delta, Cilice, Rotting Christ, Leprous, among others, they have also participated in numerous festivals in Greece and other European countries, quickly making a name as one of the best rock live acts around.
This website uses cookies to personalize content and analyse traffic in order to offer you a better experience.
I accept Learn More
back to top