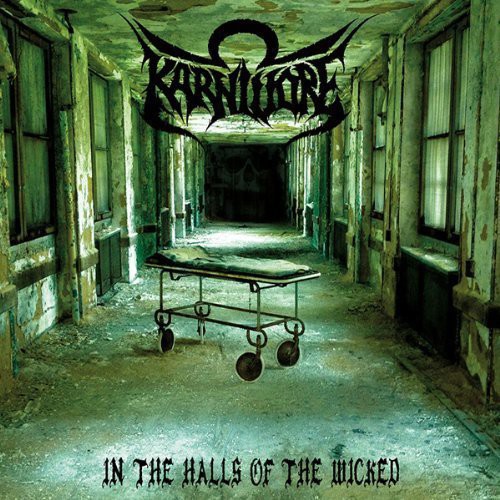 In the Halls of the Wicked
Artist: Karnivore
Format: CD
New: Available to Order $21.99
Wish

2014 release from the Swedish Death/Thrash Metal band. Carnivore formed in 2002. The band recorded their first full length album THE TRIUMPHANT KHAOZ in 2009. After the recording was finished, guitarist Patrik Martensson (also known as Baalzephon ex-Mistletein) died of cancer and was briefly replaced by guitarist Jimmy Sjokvist (ex-Vermin, ElCamino). The album finally hit the shelves at the stores in 2012. When the recording of IN THE HALLS OF THE WICKED started, the band consisted of only the three original members: Mattias Johannson, Martin Holmqvist and Jens Englund.