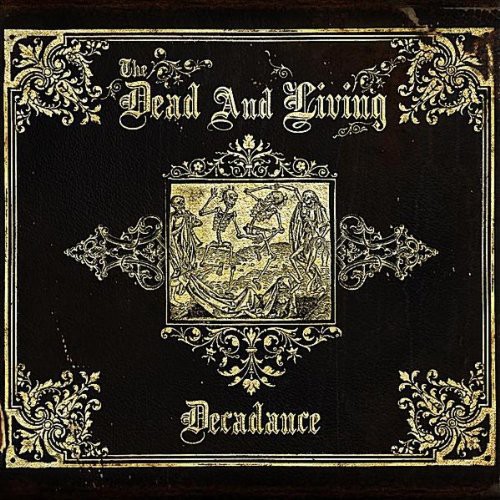 Decadance
Artist: The Dead and Living
Format: CD
New: Not on Hand, Let us get it for you
Wish

2010 album from the Swedish rockers. At the end of the year DECADANCE was mentioned as one of the top 5 albums according to one of Sweden Rock's journalists, DECADANCE was also mentioned as one of the top 5 albums according to a journalist of Metalcentral, one of Sweden's leading metal webzine. The Dead And Living want to make death appear more appealing. No, not by romanticizing suicide, more by making the statement that we're all gonna die and that's really no reason to be gloomy. Not surprisingly, one of the band's pivotal heroes is filmmaker Tim Burton. The Dead And Living's debut DECADANCE arrived as an odd, highly intriguing blend of goth metal, Nick Cave, Swedish punk icon Thåström and even his countrymen the Coffinshaker's, Sweden's essential heroes of vampire country music. ^#^in other words, old and new all jumbled together, with a curiously intimate atmosphere very well suited to be arranged acoustically. Discover for yourselves, all you night dwellers.