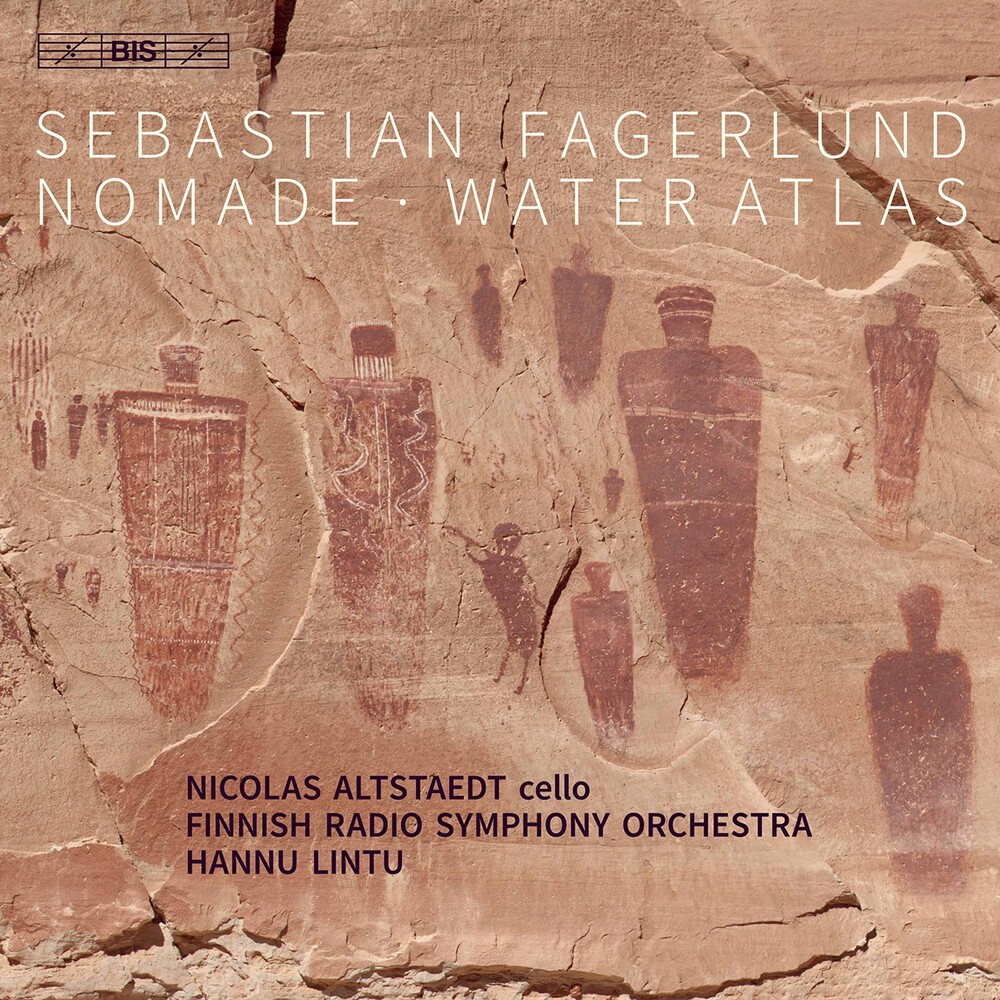 Nomade For Cello & Orchestra (Hybr)
Artist: Fagerlund / Altstaedt / Lintu
Format: CD
New: Not on Hand, Let us get it for you
Wish

During the 2010s, Sebastian Fagerlund focused on a series of orchestral compositions and concertos, making one single excursion into vocal music: the opera Höstsonaten (Autumn Sonata, 2017). One of his most important works, the opera has influenced his subsequent music, with an increase of long melodic lines alongside his signature rhythmic drive and energy. Dedicated to Nicolas Altstaedt, Fagerlund's cello concerto Nomade consists of six movements played without a break - a journey by the cellist-wanderer through various landscapes, moods and events depicted by the orchestra. Fagerlund has enjoyed a close relationship with the Finnish Radio Symphony Orchestra and conductor Hannu Lintu, who has premiered several of his works, including Nomade. Among the fruits of this collaboration is Water Atlas, the third part of a trilogy for orchestra, also comprising Stonework and Drifts, which the same team recorded for BIS in 2017. As a whole, the trilogy deals with basic elements, albeit in an abstract manner: stone, wind (or currents) and water. In Water Atlas Fagerlund was interested in the ever-continuous water cycle: the evaporation of water into the atmosphere and it's return to the earth as rain - a cycle that is currently under threat from pollution and climate change.