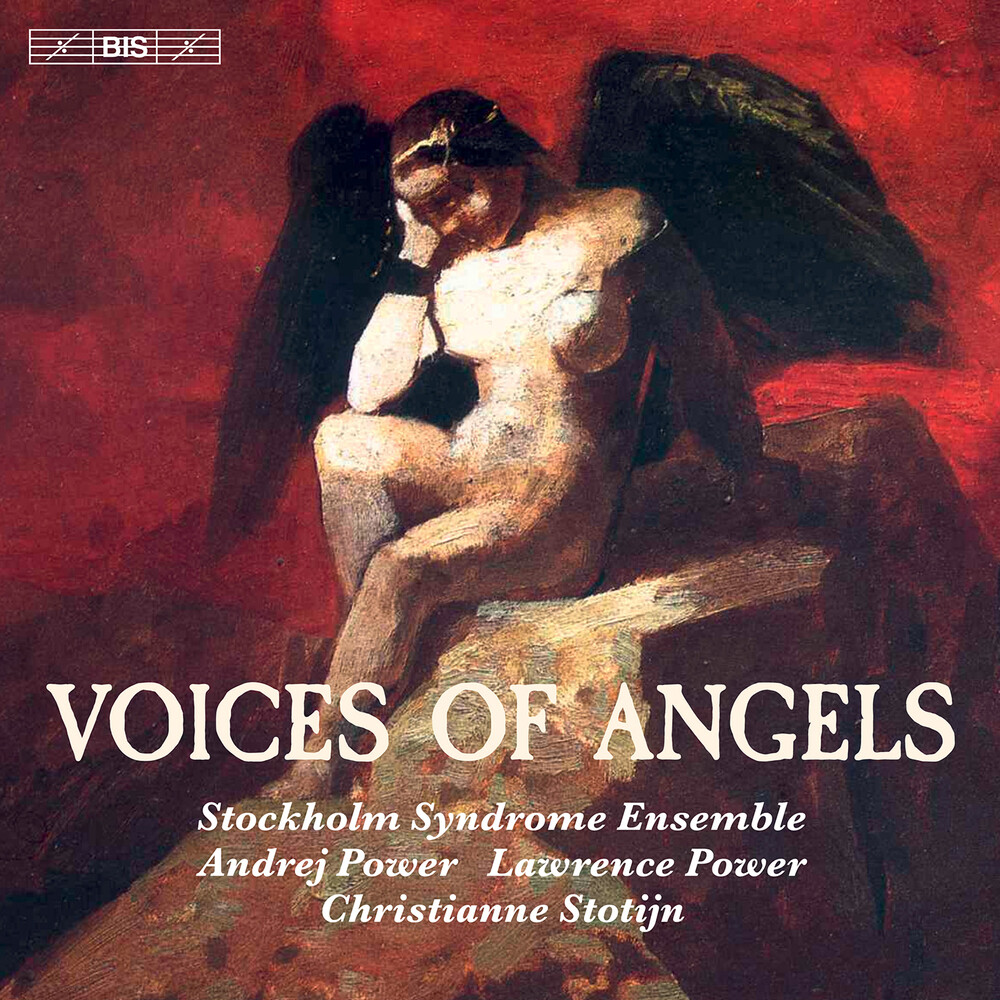 The Stockholm Syndrome Ensemble is - as the name implies - based in Stockholm, and consists of five of the city's leading musicians. Project-based and often inviting guest performers, the SSE is known for it's imaginative programmes built around a particular event or concept and bringing together music from various genres and eras. For it's first release on BIS the ensemble has taken Brett Dean's Voices of Angels as their point of departure, a work scored for the same forces as Schubert's 'Trout quintet' and inspired by Rainer Maria Rilke's first two Duino Elegies: 'Angels (it's said) are often unable to tell whether they move amongst the living or the dead.' Dean's work from 1996 opens a programme which ranges from Bach to Sofia Gubaidulina, and includes various scorings for between two and six performers. The angels reappear in songs by Wagner and Gubaidulina performed by Christianne Stotijn, one of the ensemble's guests on this disc - but it is also safe to assume that they are standing around the heavenly throne which Bach approaches in the chorale prelude 'Vor Deinen Thron tret ich hiermit' - here transcribed for strings. The same prelude is the subject of Gubaidulina's Meditation, while the disc closes with a work by Gubaidulina's friend Alfred Schnittke, namely his Hymn for cello and double bass.