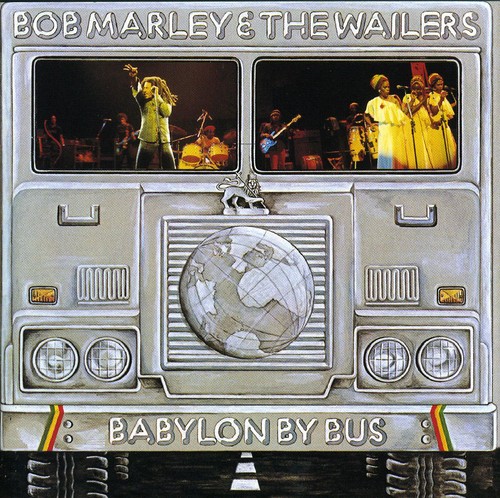 ''Babylon By Bus'' is a live album released by Bob Marley & The Wailers in 1978. The album was recorded mostly at the Pavillon de Paris in June 1978, during the Kaya Tour. Like the 1973 album ''Catch A Fire'', the first release had something of a novelty cover. The windows of the bus on the front cover were cut out, revealing part of the inner sleeve. As this was a double album, the listener had a choice of four different scenes to view through the windows. - Wikipedia