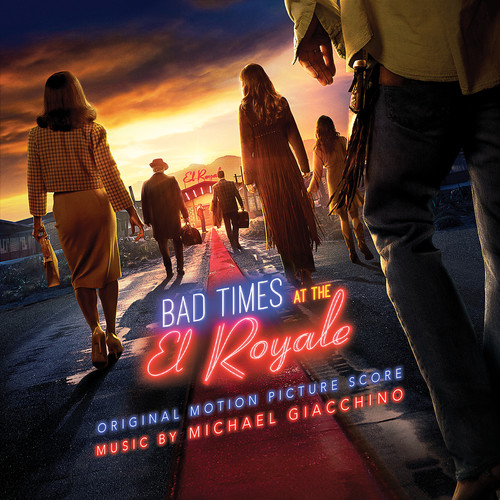 Bad Times At The El Royale [Soundtrack]
Artist: Michael Giacchino
Format: CD
New: Not on Hand, Let us get it for you
Wish

Bad Times at the El Royale' Score Album - Milan Records will release a score album for Drew Goddard's mystery thriller Bad Times at the El Royale. The album features the film's original music composed by Michael Giacchino (Up, Lost, Jurassic World, The Incredibles, Star Trek, Inside Out, Rogue One: A Star Wars Story). The soundtrack is expected to be released digitally this Friday, October 12 and will be available to download on Amazon, where you can also check out audio samples. A CD version is also in the works (click here to pre-order). Republic Records will release a separate soundtrack featuring the songs from the movie. Bad Times at the El Royale is written and directed by Goddard and stars Jeff Bridges, Cynthia Erivo, Dakota Johnson, Jon Hamm, Cailee Spaeny, Lewis Pullman, Nick Offerman and Chris Hemsworth. The thriller will be released in theaters nationwide this weekend by 20th Century Fox.