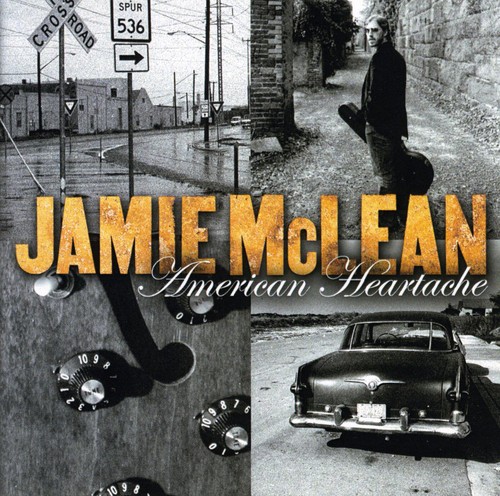 From Madison Square Garden to Bonnaroo to Japan's Fuji Rock, Jamie McLean's musical footprint has marked every corner of the globe. Performing alongside the likes of Elvis Costello, Widespread Panic, and North Mississippi All-Stars in addition to lending guitar work to everyone from Norah Jones to Chuck D, Jamie McLean is the quintessential workingman's guitarist. With drops of southern roots rock, blues, R&B, funk and soul oozing from their amplifiers, the Jamie McLean Band offers "honest rock and roll" that pulls no punches. Cutting their teeth in the clubs of New York and Boston, the band's performances are smothered in soul and confident command of the six-string. Take the straightforward, no-nonsense rock of the Rolling Stones and The Black Crowes and mix in the personal sincerity of Ryan Adams and Tom Petty and the result is the Jamie McLean Band. Best known for providing his tasteful guitar textures to the New Orleans based jazz outfit the Dirty Dozen Brass Band, along with the Jamie McLean Band, McLean's fret board mastery has garnered worldwide praise. The early years of the Jamie McLean Band saw Jamie splitting time between the extensive touring schedule of the Dirty Dozen Brass Band all while managing his own band's schedule. Now, the Jamie McLean Band is priority number one. With a new album, American Heartache, ready to be unleashed, Jamie McLean picks up right where he left off on his previous releases, 15 Minutes and This Time Around. Featuring twelve blistering cuts of that classic Jamie McLean sound, he grips and rips the necks of his squadron of Gibson guitars for that "heavy classic rock sound" he's always loved. Supplementing his twangy, southern rock infused guitar passages is a commanding voice packed with New Orleans soul and New York City swagger. McLean's songwriting on his second full-length album showcases years of musicianship, running the gamut of southern infused rock and roll (Can You Hear Me Now, Garden of Thieves) to longing ballads (Don't Do Me That Way, Bottle of Love) and everything in between. Recorded in March and April at the famed Allaire Studios with producer Stewart Lerman (Rufus Wainwright, Richie Havens) at the helm, American Heartache is clearly Jamie's best work to date. "Stewart was able to really steer the ship in the right directions. He helped to make the music really focused so that each song had it's own character and each song was as strong and concise and meaningful as possible," states Jamie. Featuring special guests Luther Dickinson (The Black Crowes, North Mississippi All-Stars), the Dirty Dozen Brass Band and vocalist Shannon McNally, McLean is in the company of good friends on this record. Returning to the place where he first recorded with the Dirty Dozen Brass Band (Medicated Magic, 2001), McLean once again captures the magic of the hallowed recording grounds. "Recording American Heartache at Allaire was a dream come true. Allaire is the most inspiring location I\'ve ever been to write and record music," recounts McLean. "Obviously the equipment, the staff and rooms are top of the line but there is something magical that happens on that mountain." The beautiful, isolated setting deep in the Catskill Mountains of New York allowed the Jamie McLean band to focus solely on the music and create the album they always wanted to make. "For our first record, This Time Around, we were still very young as a band. We had a limited time frame and budget and we went in and rocked it. I\'m glad we recorded This Time Around the way we did but with American Heartache I wanted to be able to sit with the music more in the studio." The result is an album loaded with twelve solid cuts and no filler. "Knowing that amazing artists like Norah Jones, The Black Crowes, My Morning Jacket, David Bowie and others recorded there was inspiring; but there was something bigger at work on that mountain and we could feel it." American Heartache also features additional recording done in New Orleans during the New Orleans Jazz Festival. Shannon McNally's sexy, smoky vocals were added after the singer happened to be strolling several blocks from where Jamie McLean was finishing up recording. The Dirty Dozen Brass Band's dissonant horn section was also added during the session. Once American Heartache hits the streets, the Jamie McLean band will be hitting the road for the remainder of the year. Trekking up and down the east coast, McLean and company plan stops in all major markets. "We are looking forward to getting back to the cities where we have a devoted fan base and unleashing this amazing rock and roll album on them," says McLean. In the hopes of expanding their touring schedule to the western half of the country, the Jamie McLean band is poised to take their music to the next level. With countless hours of new material along with acoustic and live albums in the works, the future is bright for the Jamie McLean band. The creative juices are flowing and Jamie McLean foresees a busy road ahead. "I feel like the band is really firing on all cylinders right now. We are amazingly productive with songwriting, singing and touring and look forward to releasing and performing as much of this great music as possible."
This website uses cookies to personalize content and analyse traffic in order to offer you a better experience.
I accept Learn More
back to top