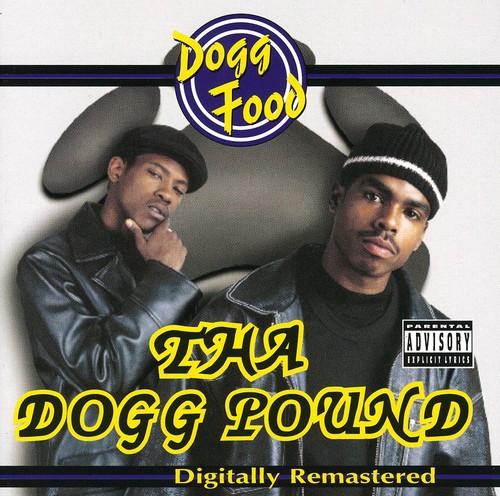 ''Dogg Food'' is the debut album by the Tha Dogg Pound. Its controversial lyrics were the subject of shareholder protest (the album was supposed to be released in July 1995, as a result of the controversy from Time Warner, the release was delayed for three months). The album spawned two singles -- "Let's Play House" and "New York, New York," featuring Nate Dogg and Snoop Dogg, respectively. It landed on the top of the Billboard 200 chart producing a first-week sales of 277,500 albums. Though it eventually sold over 2 million records (2x platinum), Dogg Food did not equal the success of preceding Death Row Records releases (''The Chronic'' and ''Doggystyle''). It is one of the last high-selling and critically-acclaimed releases from the label, preceding only ''Tha Doggfather'' and 2Pac's albums as an anticipated album, and is the last album to be "officially" produced under the G-Funk (sub-genre) era of hip-hop which was pioneered by Dr. Dre. Though Dr. Dre was Death Row's premier producer, the album was mostly produced by Daz Dillinger, Dr. Dre mixed the album; ''Dogg Food'' led the way for Daz to become the top in-house producer for Death Row until his departure in the late '90s. - Wikipedia