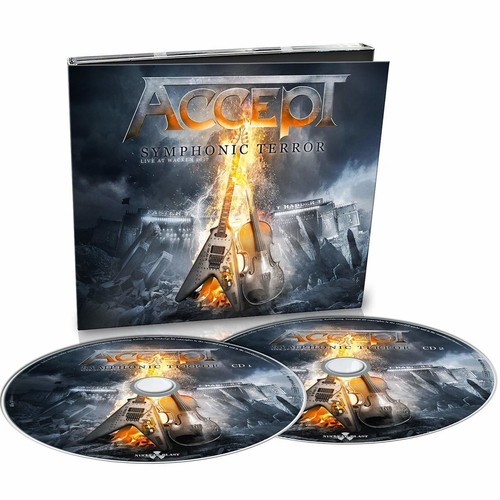 Symphonic Terror: Live at Wacken 2017 [Import 2CD]
Artist: Accept
Format: CD
New: Not on Hand, Let us get it for you
Wish

Two CD set. The German heavy metal legends Accept are experiencing more success than ever, and have hit their stride creatively! In the 10th year since the band's reunion, the quintet can look back on four top 10 albums in Germany, including an unbelievable #1 with Blind Rage (2014) and a brilliant #3 with their album The Rise Of Chaos (2017). Over the past few months, the German band has been anything but passive, instead they've been finalizing their live release Symphonic Terror - Live at Wacken 2017. Fans can expect a unique, two hour Accept show, recorded on August 3rd, 2017 at the legendary W: O: A, where the band played the biggest and most extraordinary show of their career in front of 80.000 live fans at the festival, on top of thousands more fans watching via the live stream!