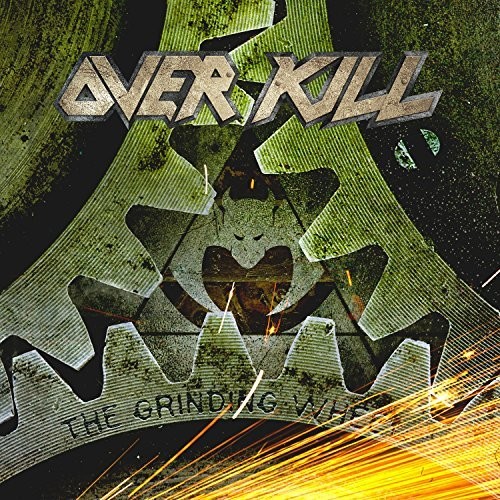 Limited edition double yellow and black splatter vinyl LP pressing housed in a gatefold sleeve. Armed with pioneering pure metal proposals like "Death Rider," "The Beast Within," and "Raise The Dead" already in 1982, New Jersey's Overkill were a rock-solid part of the first clutch of bands forging in fire this music known as thrash metal. Along with Metallica, Exodus, Slayer and cross-town doppelgangers Anthrax, D.D. Verni and Bobby "Blitz" Ellsworth helped create a new form of metal that is still as vibrant today as when the band's first album, Feel the Fire was issued by Jonny Zazula's Megaforce Records back in the spring of '85. Witness Overkill's eighteenth album of blistering yet precise and thought-provoking thrash magic, The Grinding Wheel, a record on which thrash's ultimate team of five machined parts shows up and executes to perfection... with a little punk thrown in for bad measure.