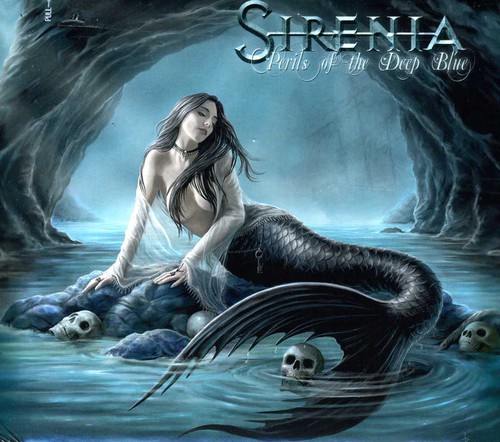 Digipak edition includes two bonus tracks. Perils of the Deep Blue is the sixth full-length album by the Norwegian gothic metal band Sirenia. The album was produced by Morten Veland himself while the mastering and mixing was done by Endre Kirkesola in Dub Studios in Norway. Veland found the album cover while surfing the internet. He contacted the artist by the name of Anne Stokes and got the permits to use it as a cover.