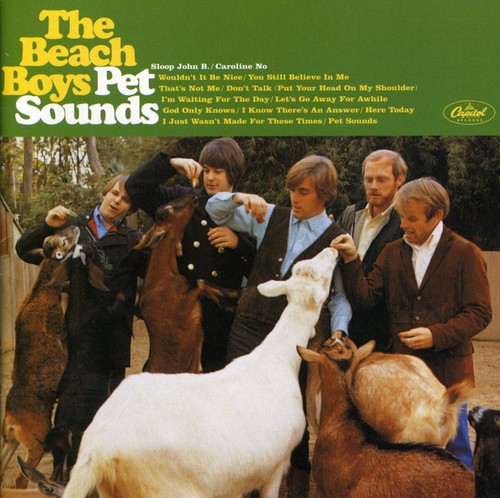 Brian Wilson's 1997 remix of Pet Sounds let's US finally hear this immortal album in stereo. Hang on to your ego for a total of 27 tracks!

''Pet Sounds'' is the eleventh studio album by the American rock band The Beach Boys, released May 16, 1966, on Capitol Records. It has been widely ranked as one of the most influential records ever released in pop music and has been ranked at number #1 in several music magazines' lists of greatest albums of all time, including ''New Musical Express'', ''The Times'' and ''Mojo'' Magazine. In 2003, it was ranked #2 in ''Rolling Stones 500 Greatest Albums of All Time list.

''Pet Sounds'' was created several months after Brian Wilson had quit touring with the band in order to focus his attention on writing and recording. In it, he wove elaborate layers of vocal harmonies, coupled with sound effects and unconventional instruments such as bicycle bells, buzzing organs, harpsichords, flutes, the Electro-Theremin, and dog whistles, along with the more usual keyboards and guitars. - Wikipedia