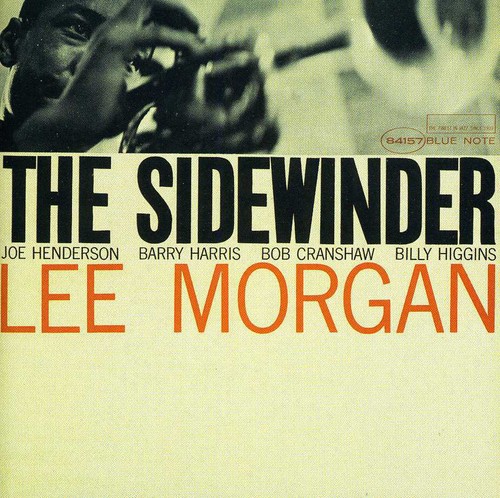 The Sidewinder, Lee Morgan's 24-bar blues with an infectious bass line and backbeat, instantly became one of the most popular pieces in modern jazz history - every track on this classic LP is a gem! This Rudy Van Gelder Edition reissue features 24-bit, state-of-the-art remastering and is part of Blue Note's 60th Anniversary celebration.

''The Sidewinder'' is a 1964 album by jazz trumpeter Lee Morgan, recorded at the Van Gelder Studio, Englewood, New Jersey. It was released on Blue Note label as BLP 4157 and BST 84157. The title track was one of the defining recordings of the soul jazz genre, becoming a jazz standard. An edited version was released as a single. The album was to become a huge seller, and highly influential - many subsequent Lee Morgan albums, and other Blue Note discs, would duplicate (or approximate) this album's format, by following a long, funky opening blues with a handful of conventional hard bop tunes.

The original album's five tracks feature tenor saxophonist Joe Henderson, then 26, whom Morgan (then 25) claimed at the time to be mentoring. Also present are the noted jazz drummer Billy Higgins, and double bassist Bob Cranshaw, who would soon switch to electric bass and begin a decades-long association with Sonny Rollins.

All of the compositions were written by Morgan; all but the Cole Porter-like "Hocus Pocus" are heavily blues-based. "The Sidewinder" was adapted as the music of a Chrysler television commercial. - Wikipedia