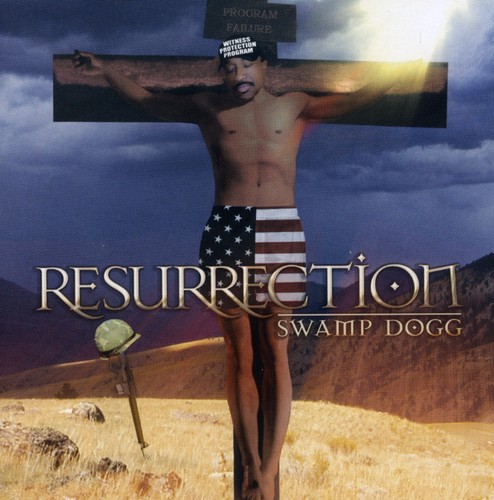 Singer/Songwriter/Producer, Swamp Dogg has had a varied career, during which his work has resulted in hits for other artists but rarely for himself. Recording at first as "Little Jerry," Jerry Williams began in the '50's as a soul singer. By the middle of the next decade, he had scored a couple of minor hits, "I'm a Lover Man" and "Baby You're My Everything." In 1970 he became chief producer for Wally Roker's Canyon Records, where he was encouraged to stretch out musically, and therefore became Swamp Dogg. Under that name he released Total Destruction To Your Mind, a psychedelically eccentric soul album influenced by Sly and the Family Stone and the Mothers of Invention. "Mama's Baby, Daddy's Maybe" was a minor hit (#33 R&B, 1970), and Swamp Dogg began incorporating touches of bayou style a la Tony Joe White. Williams then signed with Elektra, but Rat On! Was was a commercial and artistic failure. In 1972 he moved to Cream Records and released Cuffed, Collared and Tagged which included a tribute to Sly Stone called "If It Hadn't Been for Sly" and the John Prine song "Sam Stone." Soon after the album's release, Cream went out of business. As a producer, Jerry Williams fared better. He wrote Gene Pitney's 1968 hit 'She's a Heartbreaker' and produced the Commodores' first single, 'I Keep On Dancing,' while an Atlantic staff member, and Doris Duke's Top 10 soul hit, 'I'm the Other Woman to the Other Woman,' in 1970. In 1971 his song 'She's All I Got' was a Top 40 pop hit for Freddy North and a #1 country song for Johnny Paycheck. Williams also had soul hits sung by Z.Z. Hill, Irma Thomas and Charlie Whitehead. Still Swamp Dogg struggled, although he released several records through the '70's. In the late '80's he formed the S.D.E.G. label and management company, which had a measure of success with the rappers M.C. Breed & DFC, whose self-titled album made the R & B Top 40. Dogg continued to release his own material as well, most notably The Re-Invention of Swamp Dogg, a calypso album recorded in Trinidad. The Swamp Dogg sound found new ears as well when Kid Rock, on his multiplatium Devil Without a Cause, sampled Dogg's 'I Got One For Ya.' It's March 2007 and Swamp Dogg has just released a new CD masterpiece entitled, 'Resurrection.' Columnists, reviewers, and music programmers who have heard this album have hailed it the 'greatest album of his career' since 'Total Destruction to Your Mind,' his first release.
This website uses cookies to personalize content and analyse traffic in order to offer you a better experience.
I accept Learn More
back to top