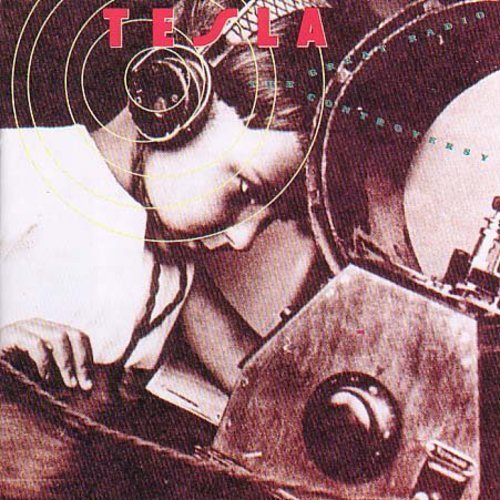 Great Radio Controversy
Artist: Tesla
Format: CD
New: Not on Hand, Let us get it for you
Wish

''The Great Radio Controversy'' is the second album by American rock band Tesla, released in 1989. The songs combine 1980s metal with some blues-influenced elements, as well as the occasional love ballad. The record features many two-part counterpoints provided by guitarists Frank Hannon and Tommy Skeoch, on both electric and acoustic guitars.

The hit single "Love Song" received considerable MTV airplay and rocketed the band to stardom. Many tracks on this album later received acoustic versions on their follow-up album, Five Man Acoustical Jam, a precursor of the Unplugged trend.

The album is titled after the controversy about the identity of the inventor of radio. It is posed that Serbian engineer Nikola Tesla (whom the band is named after) is the true inventor of radio, while the Italian Guglielmo Marconi took the credit and is widely regarded as having the title. The album's inner sleeve recounts this story. - Wikipedia