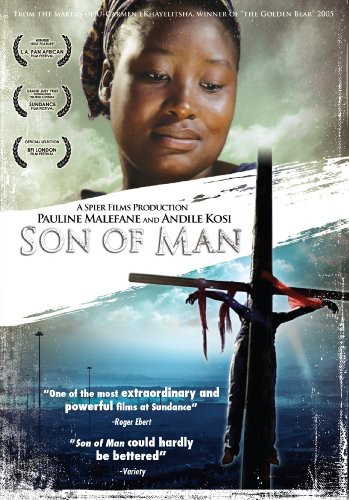 In the state of Judea in Southern Africa, violence, poverty and sectarianism are endemic. The neighboring Alliance has invaded under the pretense of restoring pace. Bloody street battles accompany the dictatorship's incursion into it's weaker satellite. Promises of a transition to open democratic rule are married by summary executions and brutal massacres. As the Civil War reaches new heights, a divine child is born to a lowly couple. As he grows and witnesses the inhumanity of the world he lives in, his angelic guardians offer him an escape to the heavens. He refuses. This is his world and he must try to save it from the work of evil men and from the darkness working through them. As an adult, he travels to the capital, gathering followers along the way from the armed factions of rebels across the land. He demands that his followers give up their arms and confront their corrupt rulers, with a vision of non-violent protest and solidarity. Inevitably, he attracts the attention of the Judean tribal leaders who have struck a power-sharing deal with the aloof Governor Pilate. The Son of Man must be brought down and destroyed. This film is a powerful retelling of the life of Christ set in contemporary South Africa.