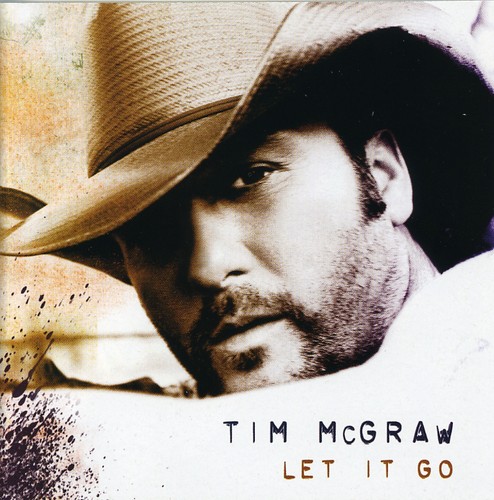 Let It Go, a collection with all the passion and vitality his legions of fans have come to expect from him. Let It Go showcases both his believability and the talent and charisma that have parlayed him into superstar status. Its themes are life and love, pain and joy, and the universal human striving for betterment, for rising above our surroundings and ourselves.

''Let It Go'' is the eleventh album from Tim McGraw. The album, released on March 27, 2007, is his first studio album in two and a half years. ''Let It Go'' debuted at number one on the U.S. Billboard 200 with sales of 325,000. The album has produced seven Top 20 chart singles on the ''Billboard'' Hot Country Songs charts, including one Number One; one of these seven songs was included only on later issues of the album. Of all his albums, this one has produced the most singles, seven singles. - Wikipedia

You like it? You love it? You want some more of it? He acts. He sings. He's married to Faith Hill. He's arguably one of the top five most famous country musicians in the country. Tug McGraw's even more famous young'un rubs it all in our face yet again. Watch out for two future chart-topping duets with Faith.