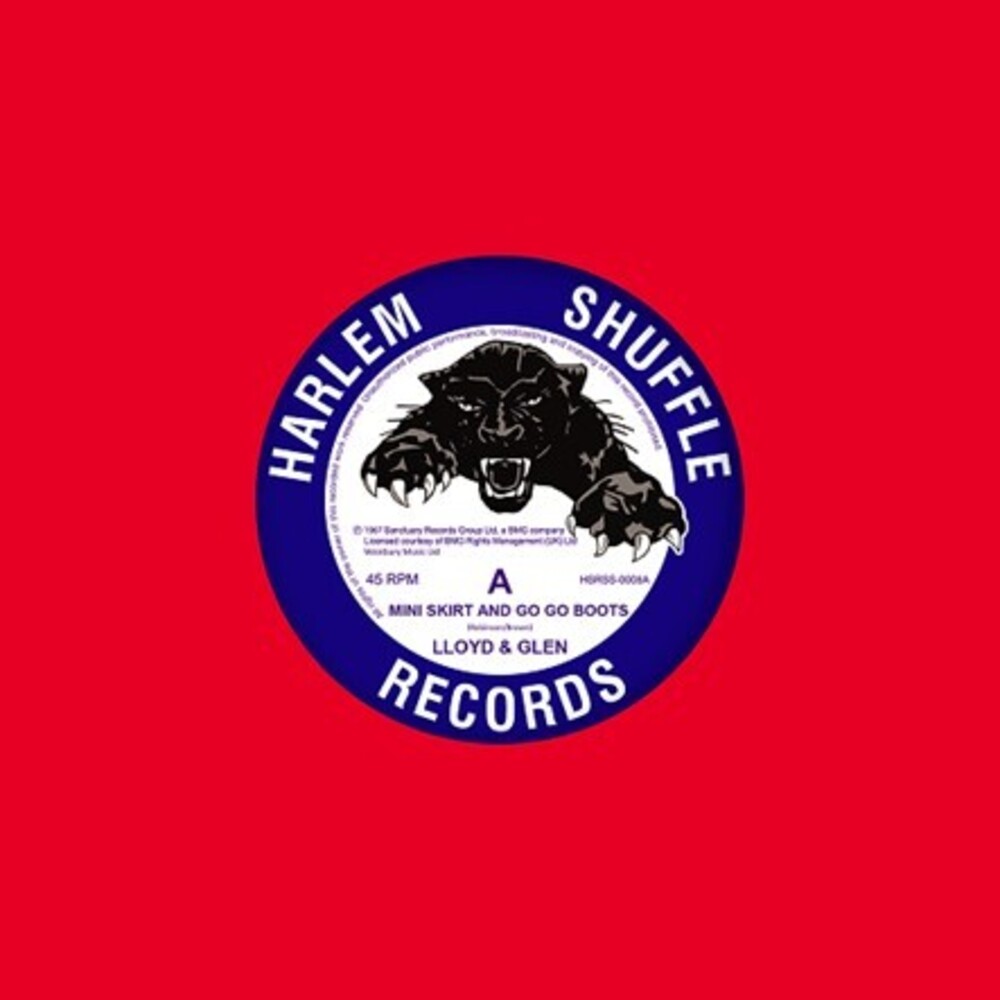 Mini Skirt & Go Go Boots / What You've Got
Artist: Lloyd & Glen
Format: Vinyl
New: Not on Hand, Let us get it for you
Wish

Lloyd Altamont Thomas Robinson recorded many songs as a singer first for Studio One in 1963 and later for many labels and Jamaican producers including Duke Reid,Lloyd Daley, Sir JJ and more. Robinson was part of the duo Lloyd and Devon, whom had quite a few good songs under their belt including a hit for Derrick Morgan's Hop label,'Red Bum Ball.'. With Glen Brown, under the name Lloyd & Glen, he wrote and recorded many outstanding Rocksteady & early Reggae tracks, some quite heavily influenced byBlack Soul including the two sublime tracks featured here. He went on to record the big dancehall hit 'Cuss Cuss' in 1984 on the Harry J. label.Glenmore Lloyd Brown, began his career as a vocalist in Sonny Bradshaw's jazz group before recording duets with Hopeton Lewis, Dave Barker, and Lloyd Robinson.Later, Brown became the founder and owner of the Reggae/Dub labels Pantomine and South East Music. A sought after producer he worked with many with manyReggae greats including U Roy, Gregory Isaacs, Big Youth, I-Roy, Prince Jazzbo, Johnny Clarke, Lloyd Parks, and Little Roy.The heavy rhythms of his Dub productions resulted in his being known as 'The rhythm master'. As 'Lloyd & Glen', they composed, sang and recorded together about 15 tracks, ranging from Ska to Rocksteady to Soul on a variety of labels between 1966 and 1968. Most of these songs are outstanding, many are just sublime with a strong American Soul influence.
back to top