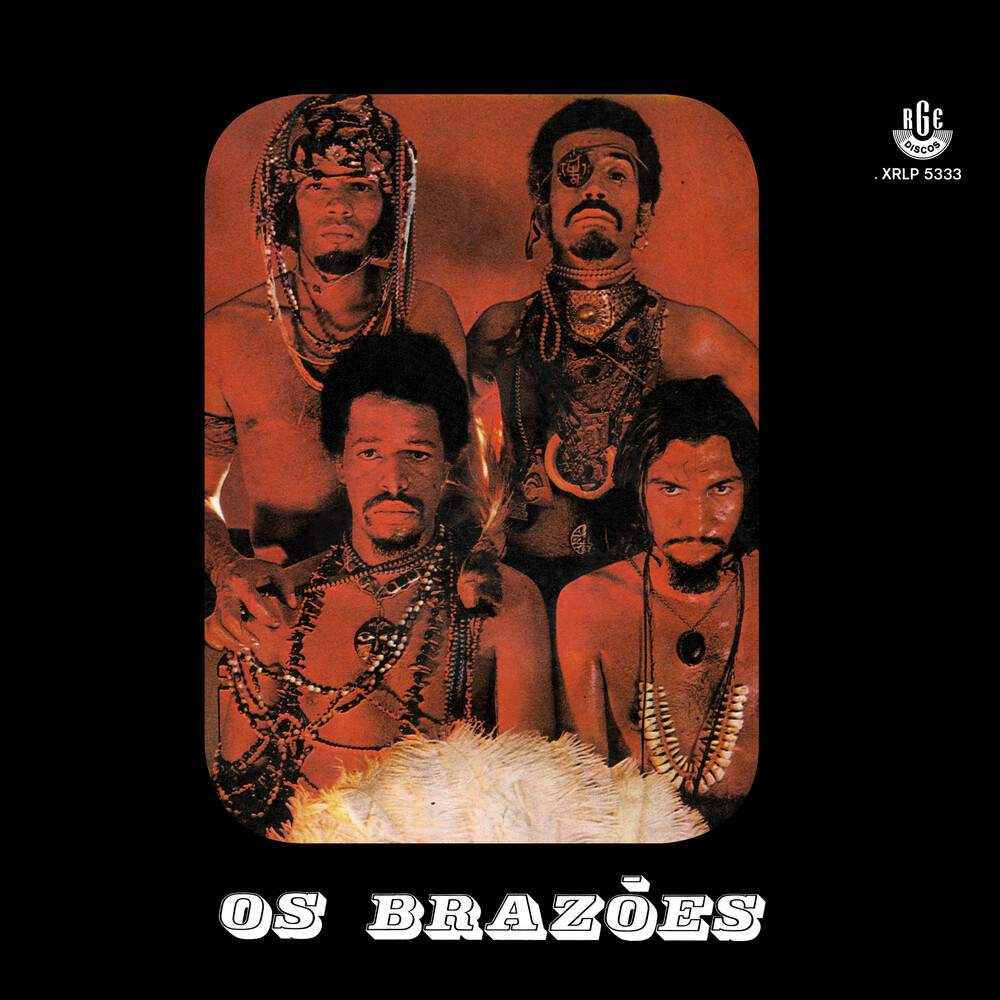 Rare and highly sought after in it's original format, Os Brazoes self-titled album was originally released on RGE Discos in 1969. It is a psychedelic masterpiece that fuses samba, r'n'b and rock 'n' roll influences using fuzz guitars, synths, percussion, lush vocals and effects. Os Brazoes formed in Rio de Janeiro in the late 1960's. They supported Tom ZĂ© and backed Gal Costa during her Tropicalia period, yet apparently never recorded in the studio with her. The album is peppered with alternative versions of songs by the movement's stars, including Gilberto Gil's 'Pega a Voga, Cabeludo' and Jorge Ben and Toquinho's 'Carolina, Carol Bela'. But Os Brazoes manage to make them their own with their unique interpretations.
back to top