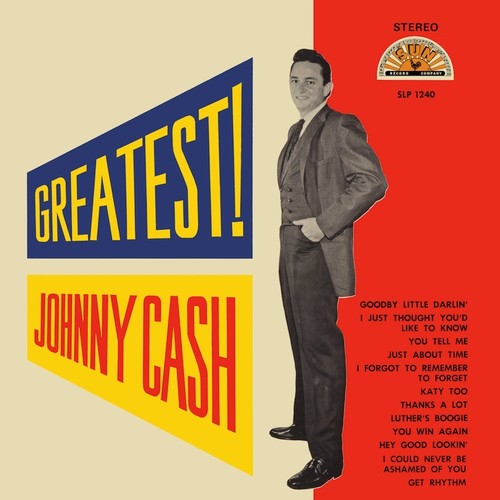 Greatest [LP]
Artist: Johnny Cash
Format: Vinyl
New: Not on Hand, Let us get it for you
Wish

Greatest! Is the fourth album by American singer-songwriter Johnny Cash, released on the legendary Sun Records in 1959. The tracks on the album were recorded between July 1955 and July 1958. Six out of the twelve songs became singles, with "Get Rhythm" topping the Country charts and becoming the most successful one.