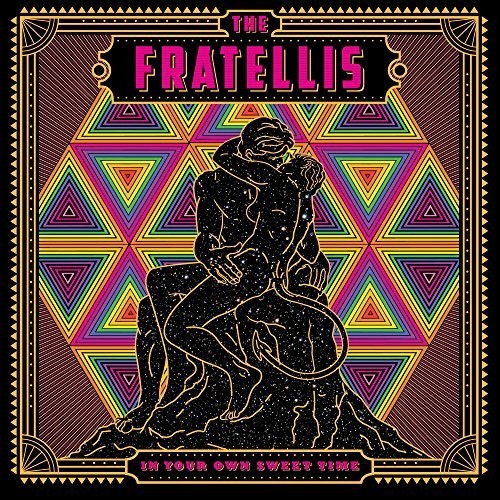 In Your Own Sweet Time
Artist: The Fratellis
Format: CD
New: Available to Order $15.99
Wish

The Fratellis have returned! After four albums and hundreds of sell-out shows across the world, the irrepressible Scottish trio are thrilled to announce their fifth studio album In Your Own Sweet Time released by Cooking Vinyl on 9th March. Maturing from the roguish young scallywags of Costello Music, into a chameleonic powerhouse with a sound that is bigger, bolder, and still shot through with a whip-smart, pitch-black sense of humour. "It started life like a lot of the songs on In Your Own Sweet Time... as a completely different song! It morphed from a country song in D Minor to a disco song in A Major; an unusually bright and warm day in Glasgow may be to blame for this!"