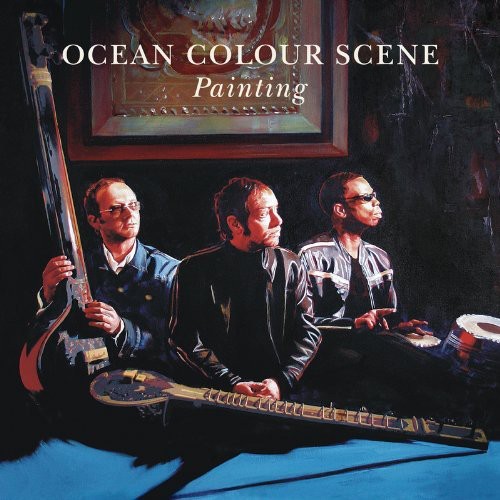 Ocean Colour Scene have announced details of their forthcoming album 'Painting'. The album, which is the band's 10th studio album, will be released on February 13th 2013. Although no official track listing has been revealed, the band are giving away a free track with every album pre-order. The track is titled 'Trilogy', and clocks in at 9 minutes 40 seconds. Each album pre-ordered from the band's store (HERE) also includes an exclusive signed lyric sheet from Simon, Steve & Oscar. Earlier this year, the band's guitarist Steve Cradock confirmed that the group were recording in Stratford on Avon with producer Matt Terry, who has previously worked with the Noisettes and the Enemy. The upcoming album is the band's first since 2010's 'Saturday', which provided them with another UK Top 40 album.