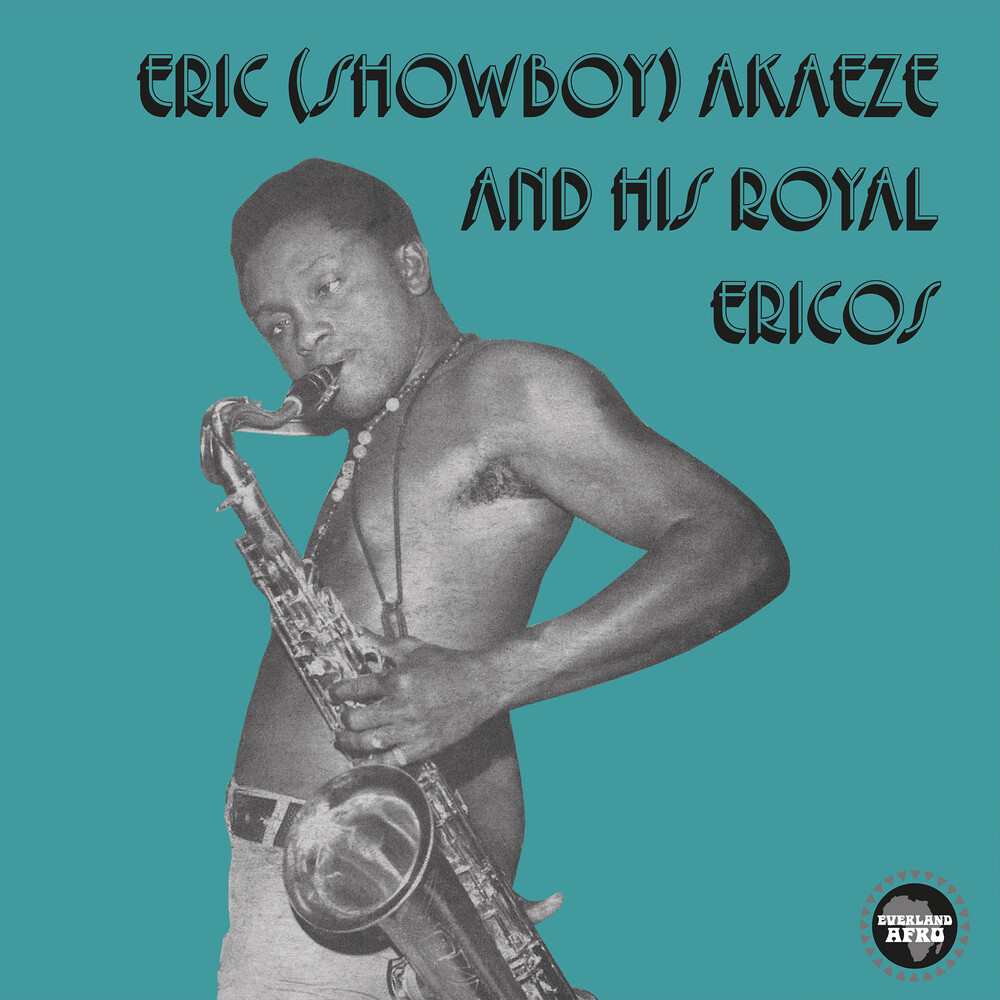 There we go with another Afro Beat classic that did not really leave Nigeria back in the day it was released. Therefore we can only guess the value among collectors but some reliable sources tell us that even not so mint original copies go for up to 600 $. The AFRODISIA sublabel of DECCA music is responsible for quite a few awesome afro beat gems that have only recently been rediscovered by never sleeping music lovers such as the folks behind EVERLAND MUSIC from the Netherlands and here we go with the first ever official reissue of Eric Showboy Akaeze?s second album with HIS ROYAL ERICOS. Eric Showboy Akaeze was former bigband leader who was hip on the Nigerian scene, which mostly happened around the main city of Lagos in the 60s and especially 70s after the military junta took over the reign and was keen to bring in more indegenious elements to the peoples allday lives and a new style of music emerged, AFRO BEAT, mixing Western rock and funk, rocksteady and soul with rhythms and melodies that clearly had an African heritage. He was nicknamed IKOTO, which is the Nigerian word for a spinner, the child?s toy, due to his dancing style where he was spinning around like mad during shows. He was an extraordinary dancer and showman and what mostly interests us, he was a wonderful bandleader and musician. When Fela Kuti became the rising star on the scene and soon the musician most hated by the regime, Akaeze soon fell into Kuti?s shadow but he maintained his musical activities until his untimely death in 2002 and with this, his second masterepiece ?Ikoto rock?, referring to his nickname and his own style Akaeze created from this, his legacy was carved in rock. What kind of music shall we now expect from this 1974 release? The original holds 4 lengthy, groovy compositions with a jammy, nearly improvised feeling in some parts, for the reissue EVERLAND MUSIC dragged out the utterly scarce 7inch ?Akalaka? from 1975 (even beat up copies go for 700 $) and added both tracks to the A and B side of the album respectively. It fits well with the haunting, nearly hypnotizing style of ?Ikoto rock?. There is always a repetitive beat, a dense network of grooves in the background of each song which build the foundation for the commanding vocals shouted out with passion for life and the harmonic arrangements of guitar, farfisa organ and brass section melodies. These songs are too furious and powerful for plain reggae and rocksteady. Listen to the simmering leads performed by Akaeze on a tenor saxophone. This is nearly eruptive. He loves to give his audience a break sometimes, adding passages with the feeling of a religious or military chant to enchant his listeners entirely. All this creates a steaming atmosphere and puts you, who gets this record spinning on his turntable, into a trance like state during the duration of the album. Most songs here were sung in Akaeze?s native tongue or at least some English based lingo that includes many African words. You can easily feel how good the musicians are, due to the clear production that was a standard for DECCA / AFRODISIA releases back then. Still this album has a raw and honest feeling making it a simmering and intense musical affair. The two bonus tracks might be the most accessible and memorable here since they were conceived for a 7? release but still come as lengthy as they could. You will not find your 3 minute pop tunes here and the power of the performance is amazing. A wonderful item to rediscover, music that deserves to be alive and set the hearts and souls of a new generation on fire.