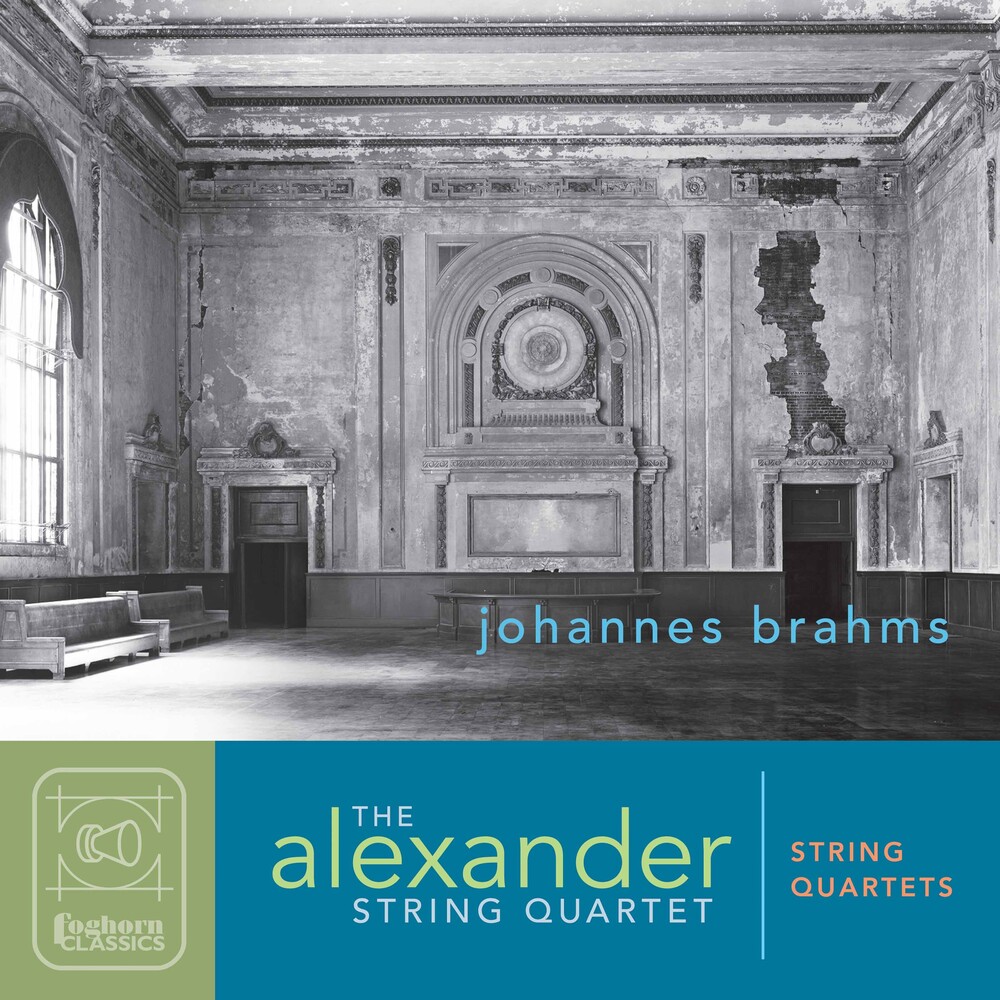 The Alexander String Quartet launches it's 40th season with this recording of Brahms String Quartets - plus Brahms' Intermezzo (transcribed for string quartet by Zakarias Grafilo). With these complete Brahms quartets, the ASQ has compiled a veritable Brahms compendium, including Brahms' Clarinet Quintets (FCL 2021, with Eli Eban) and Piano Quintets (FCL 2014, with Joyce Yang), both named MusicWeb International Recordings of the Year, as well as his String Quintets and Sextets (FCL 2012), which were hailed as a "life-enhancing set" by The Arts Desk. The Alexander String Quartet was formed in New York City in 1981 and captured international attention as the first American quartet to win the London International String Quartet Competition in 1985. The quartet has received honorary degrees from Allegheny College and St. Lawrence University, and Presidential medals from Baruch College (CUNY). The Alexander String Quartet is a major artistic pres-ence in it's home base of San Francisco, serving since 1989 as Ensemble in Residence for San Francisco Performances and Directors of the Instructional Program for the Morrison Chamber Music Center in the College of Liberal and Creative Arts at San Francisco State University.