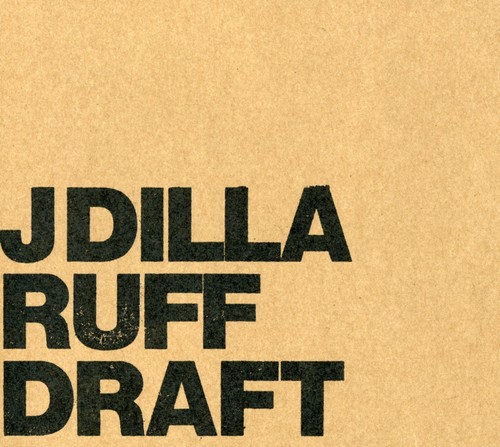 Ruff Draft
Artist: Jay Dee (A.K.A. J Dilla)
Format: CD
New: Not on Hand, Let us get it for you
Wish

Stones Throw Records is proud to release RUFF DRAFT for the first time on CDm together with 4 previously unreleased tracks and a bonus CD of the RUFF DRAFT instrumentals - all from the original master tapes.

''Ruff Draft'' is an album by the late former Slum Village member Jay Dee (also known as J Dilla). It was originally released in February 2003 as an EP, by his then-newly founded label, Mummy Records, and distributed by Groove Attack, a German record label. In 2007, ''Ruff Draft'' was remastered and re-released as the third official solo album by Stones Throw Records. The re-release sold 8,049 copies in its first week, J Dilla's largest first-week sales as a solo artist. - Wikipedia