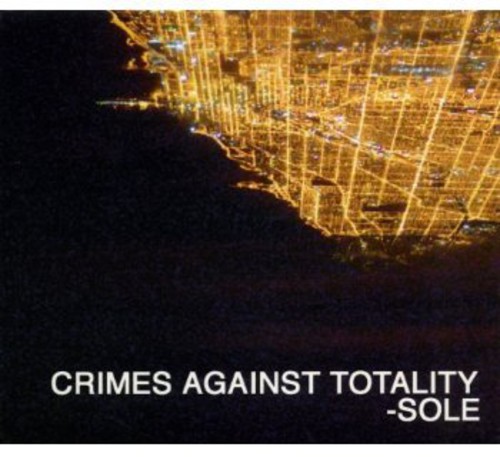 Crimes Against Totality
Artist: Sole
Format: CD
New: Not on Hand, Let us get it for you
Wish

Crimes Against Totality is the third and final installment in the Ruthless Criticism series that Sole began last year, that re-affirmed his place as 'experimental rap pioneer' and broke new ground amongst leftist zines, radical blogs, and activist minded people everywhere. Critics and fans have heralded No Wising Up and Ruthless as some of Sole's greatest work to date. Crimes Against Totality is a collection of songs from the Ruthless Criticism sessions that have been locked away deep in E-Vaults and are now being released to the world to fight the class war on their own. Featuring production from Man Mantis, Thavius Beck, Egadz, Sky rider, Crushcon7, Fanesha Fabre, and Hollagramz.