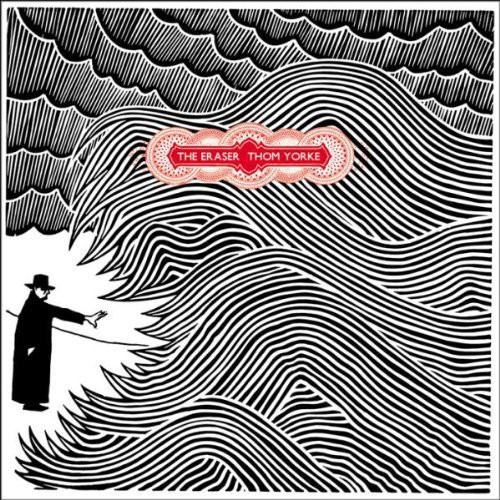 The Eraser
Artist: Thom Yorke
Format: CD
New: Not on Hand, Let us get it for you
Wish

Why a Thom Yorke solo album? Hard to imagine the Radiohead frontman feeling stunted or penned in by his notoriously experimental band. And as for "branching out" into other styles, well, that would require him to abandon the winnowed palette of emotions from which his all-but-monochrome performances draw their strength. So you might well expect The Eraser to be just a Radiohead record without Jonny Greenwood geniusing around on guitar. Yorke has even re-teamed with Nigel Godrich, who's previously produced the 'Head (now there's a nickname that won't ever catch on, huh?) But Yorke's kept purposefully mum about The Eraser for the most part, aside from stating firmly (if uninformatively) that "it's not a Radiohead record." Apparently, Yorke and Godrich have wanted to whip up this electronics-based project endeavor for a while, and they zipped through the process relatively quickly. Hmm, too bad everyone used up their "Kid B" jokes on Amnesiac.