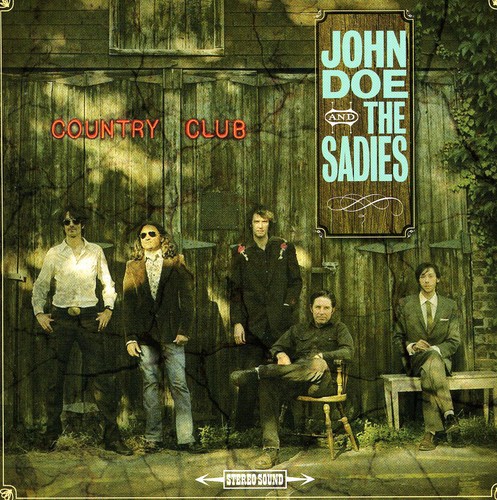 2009 release, a collaboration between John Doe (X, the Knitters) and cosmic roots rockers the Sadies. By including varying yet equally beloved movements within the Country Music pantheon, Doe and the Sadies were able to cover their heroes while filtering the Pop sensibilities of '60s Nashville through the electric Honky Tonk of Bakersfield, CA. on Country Club, classic tunes by Merle Haggard and Waylon Jennings stand alongside late-night ballads by Tammy Wynette and Roger Miller. The album also features four originals - three from the Sadies and one courtesy of X songwriting duo John Doe and Exene Cervenka. John Doe and the Sadies have found the perfect blend of the reverent and the experimental, resulting in a slightly Psychedelic brew that just might pass for straight if you're not lookin'!