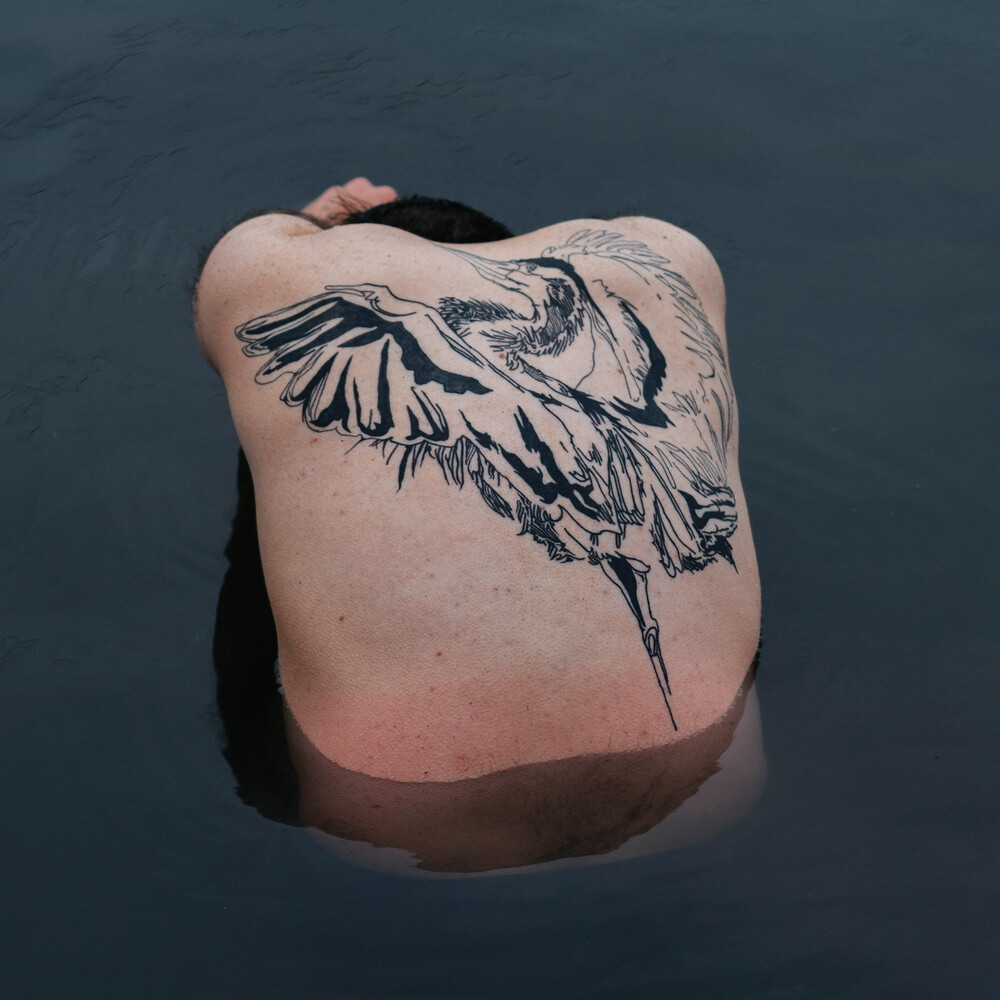 The Line of Best Fit once said, "Jodi has left us broken, bereft but in awe of a talent that can take a couple of seconds and make it your whole world." On their debut LP Blue Heron, Chicago-based multi-instrumentalist and songwriter Nick Levine Nick Levine's self-described "queer country" delivers a series of soft-spoken intimate moments capable of turning your inner world upside down with a whisper. It is a type of gentle yet deeply powerful songwriting for fans of artists like Jason Molina, Mount Eerie, Karen Dalton, Julie Doiron, and Duster. For Levine, Jodi is tentatively described as an alter-ego, a lens in which they can ask questions, push boundaries and step outside of their inner world. Debut full length Blue Heron captures Levine's continued search for meaning; a search where a couple of chance encounters with a bird-a great blue heron- taught them to embrace the fortuity of creative expression and surrender to it's symbolism as a metaphor for understanding their own work, and the world. Levine encountered the blue heron first while writing the project, and again while recording it. In the first encounter, "It pulled me out of a spiral," they say. "Maybe you're not in the amount of control that you think and that's actually a good thing. There's so much life happening outside of your head and that's really grounding to remember." It was this initial chance encounter that urged Levine to get outside of their own head and breathe the bigger picture more deeply into their writing. Later, during their final days of recording those songs, Levine was visited by a second blue heron. For them, it was a sure sign. Committing fully to the symbolism, Levine had a large blue heron tattooed on their back and submerged themself in a freezing Chicago pond as a means to forever memorialize the Blue Heron as both the album cover and title. Marking the dedication to their art - with wings wide open, ready to take flight - it also signifies the power of music, nature and friendship. While Blue Heron claws at the strands of meaning, and tries to make sense of the world, it's a work that ultimately only finds closure in the complete surrender to forces greater than oneself. It embraces chance, coincidence, and fate with a sublime curiosity, ultimately finding meaning in the randomness of it all.
back to top